10 Deepest Sea in the World – Depth

A sea is a large body of salt water that is surrounded entirely or partly by land and is generally smaller than an ocean. In fact, a sea is usually part of a larger ocean that is enclosed by land at some parts. The five oceans of the earth are in fact one large interconnected water body, while there are over 50 smaller seas scattered around the world.

There are five zones of the ocean according to their depths and the ecology of the zone. These zones form layers from the water surface to the deepest point. The characteristic of each zone can be seen below. 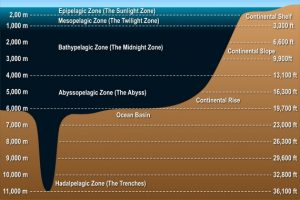 Below are 10 Deepest Seas in the World you need to know about. This list includes any water bodies like oceans, seas, or gulfs. From the top to the bottom, these seas have their own characteristics and beauties. 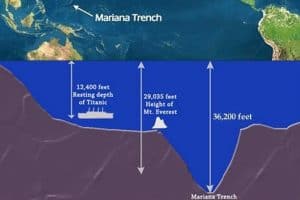 The Pacific Ocean constitutes approximately 46% of the earth and covers more than a third of the total surface area. It enlarges to about 162,200,000 square kilometers and it also has the longest shoreline that totals to about 135,663 kilometers.  This makes the Pacific Ocean larger than the landmass area on the earth’s surface combined.

The deepest point on the earth, the Mariana Trench, reaches the depth of about 10,994 m, measured at a small slot-shaped valley in its floor known as the Challenger Deep. The average depth is about ‎4,280 m. The volume of the Pacific Ocean reaches up to some 714 million cubic kilometers. Surface water temperatures in the Pacific vary from −1.4 °C  in the poleward areas to about 30 °C near the equator. 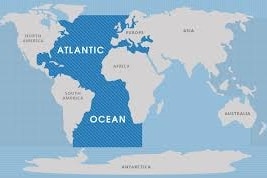 The second position of the deepest seas in the world belongs to the Atlantic Ocean with 8,486 m where the mean depth is 3,646 m. The Atlantic Ocean occupies an area of 106,400,000 square kilometers. It is surrounded by America in the west and Europe and Africa in the east. This ocean consists of the Mediterranean Sea, Caribbean Sea, Baltic Sea and the Gulf of Mexico. Similar to the Pacific Ocean, the equator divides the ocean into the North Atlantic Ocean and the South Atlantic Ocean. 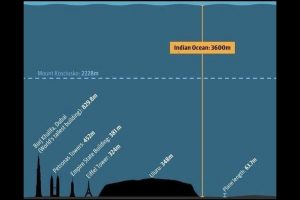 The Indian Ocean fills the third position with a maximum depth of 8,047 m, located in Diamantina Trench and the mean depth of 3,741 m. The Indian Ocean has an area of about 73,556,000 square kilometers.

This ocean is bounded by eastern coast of Africa which constitutes the shores of the Middle East and India in the north. The water volume of the Indian Ocean is about 264 million cubic kilometers. This third largest ocean is the warmest ocean among the other oceans in the world, at about 0.7–1.2 °C.

Surface water salinity in this Ocean ranges from 32 to 37 parts per 1000, where the highest is in the Arabian Sea and in a belt between southwestern Australia and southern Africa. The climate north of the equator is affected by a monsoon climate. On the northeast winds blow strongly from October until April, while south and west winds blow from May until October.

Surface water salinity in this Ocean ranges from 32 to 37 parts per 1000, where the highest is in the Arabian Sea and in a belt between southwestern Australia and southern Africa. The climate north of the equator is affected by a monsoon climate. On the northeast winds blow strongly from October until April, while south and west winds blow from May until October. 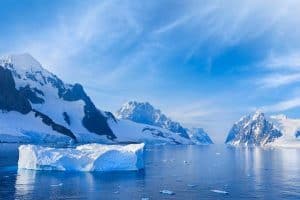 Being in the fourth position, the Antarctic Ocean has the greatest depth of 7,236 m, occurs at the southern end of the South Sandwich Trench. The Antarctic Ocean covers an area of about 20,327,000 square kilometers.

The Antarctic Ocean comprises the southernmost waters of the World Ocean, basically taken to be south of 60° S latitude and encircling Antarctica. The Southern Ocean has common depths of between 4,000 and 5,000 m.

The water salinity around the Antarctic Ocean is just below 34 ppt. Sea temperatures range in −2 to 10 °C.  Icebergs can occur at any time of year all over the ocean. Generally during the colder months, when the sun is not shining directly on the ocean, the ice packs melt to an average low of 2.6 million square kilometers. The ice packs regrow when the sun moves away from the ocean. 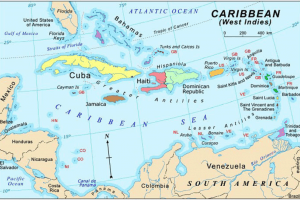 The Caribbean Sea takes the fifth position as its maximum depth, in Cayman Trough, reaches 7,686 m.  It is a sea of the Atlantic Ocean in the tropics of the Western Hemisphere. I

t is bordered by Mexico and Central America to the west and south west, to the north by the Greater Antilles starting with Cuba, to the east by the Lesser Antilles, and to the south by the north coast of South America.

The Caribbean Sea has an area of about 2,754,000 square km and it makes this sea one of the largest seas. The salinity of seawater is about 3.6%. The Caribbean is home to about 9% of the world’s coral reefs covering about 50,000 square km. Most of those coral reefs are located in the Caribbean Islands and the Central American coast. 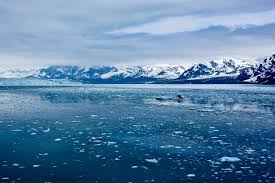 As the sixth deepest seas, the Arctic Ocean’s deepest point is Litke Deep in the Eurasian Basin, at 5,450 m.  The Arctic Ocean covers the area of about 13,986,000 square kilometers and it mostly lies in the Arctic Circle.

This smallest ocean is almost completely surrounded by Eurasia and North America as the most ocean is in the Arctic north polar region in the middle of the Northern Hemisphere. The Arctic Ocean has a water salinity around 30 ppt. 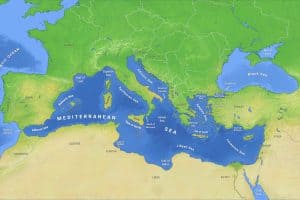 This sea is surrounded by the Mediterranean Basin and almost completely enclosed by land: on the north by Southern Europe and Anatolia, on the south by North Africa, and on the east by the Levant. This sea covers an area of about 2.5 million square km, but its connection to the Atlantic (the Strait of Gibraltar) is only 14 km wide. The Mediterranean Sea has an average depth of 1,500 m. 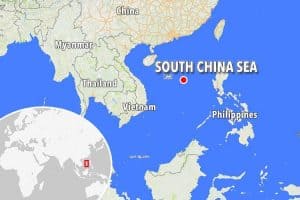 The eighth position belongs to the South China Sea. The deep portion of the sea, called the China Sea Basin, has a maximum depth of 5,016 m. The South China Sea is a marginal sea of the Pacific Ocean, that surrounds an area from the Karimata and Malacca Straits to the Strait of Taiwan.

With its area of around 3,500,000 square km, the South China Sea carries a huge strategic importance, where one-third of the world’s shipping passes through it carrying over $3 trillion in trade each year. An abyssal plain lies on a mean depth of some 4,300 m. 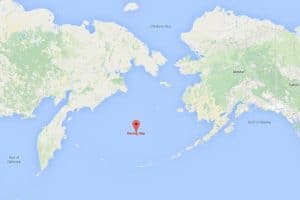 The Bering Sea occupies the ninth position as its maximum depth, which is in Kamchatsk strait, reaches 4,420 m. is a marginal sea of the Pacific Ocean that comprises a deep water basin and then rises through a narrow slope into the shallower water above the continental shelves. The Bering Sea covers the surface area for over 2,000,000 square kilometers. This sea is bordered on east and northeast by Alaska, on the west by Russian Far East and the Kamchatka Peninsula, on the south by the Alaska Peninsula and the Aleutian Islands and on the far north by the Bering Strait. The mean depth of the sea is 1,640 m. 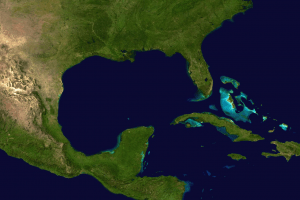 The bottom list belongs to the Gulf of Mexico. The Gulf of Mexico is an ocean basin and a marginal sea of the Atlantic Ocean that is largely surrounded by the North American continent.

The deepest point in the Gulf of Mexico is the ‘Sigsbee Deep’, which reaches the depth of 4,384 m. Gulf Coast of the United States borders the northeast, north and northwest part. Mexico bounds the southwest and south part, while Cuba is the southeast border. The Gulf of Mexico is around 1,614 m deep in average.

Those are 10 Deepest Seas in the World you won’t regret knowing. What happens in the seas and the oceans will impact in our lives. So, keep them safe always.