10 Endangered Plants in the Ocean

The following is a list of the 10 Endangered Plants in the Ocean. It includes seaweed, algae, kelp and many more. Read on to find out why these plants are important and becoming rarer by the days. 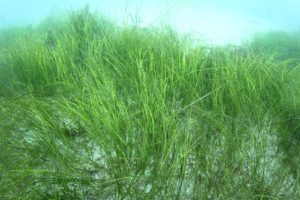 The Asian Surfgrass is a marine plant species found in a number of regions. Namely, they grow in the coasts of China, Japan and Korea. This specific plant is said to be endangered and are only available in limited amounts.

Around 90% of the plants no longer grow in the ocean. In fact, the Asian Surfgrass are no longer growing in the Northern part of China. The reason for that is because they are replaced by the population of kelp aquaculture that continues to flourish in the region.

The Asian Surfgrass is an important part of the ocean that helps to clear the waters by absorbing carbon. Moreover, when they were once can still be found in China, fishers used this plant as roof for their houses. Unfortunately, people prioritise the kelp aquaculture for food, fertilisers and other uses. In turn, the Asian surfgrass is cleared out causing the population to decline. Other factors contribute to pave their way to extinction. They include the use of dynamites in fishing, reportedly common in Japan. Thus, the surfgrass die. Additionally, the right condition to help them grow is very difficult to meet. It is said that they can easily grow in shallow and rocky parts of the coast. But if the environment is not suitable for their growth then their population cannot be replenished. One last thing that also affects their growth is the development of coastal areas. 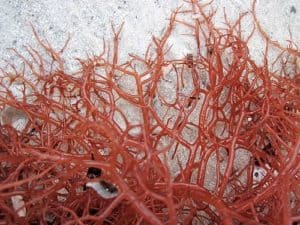 The Gracilaria skottsbergii is a red algae that is believed native to the Galapagos Islands. This plant species hold the status of critically endangered. It was first found in the year of 1934 at Galapagos Islands. It grows between 12 and 27 meters deep in the ocean.

After its first discovery, it can no longer be seen both in the Galapagos region as well in other parts of the world. The area where it was once grew now became a place for sea urchins. Sea urchins and other kinds of herbivores feed on this plant. Thus, scientists find it hard to believe that they exist anymore.

The overall climate change and El-Nina phenomenon are thought to have disrupted the ecosystem. In result their population becomes so rare which could lead to their demise. It is so rare that it becomes hard to know whether they truly still grows in the ocean or not. Their rarity also makes it difficult to have a detailed record for their species. 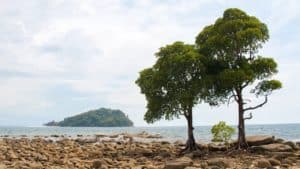 There are less than 200 mangrove trees that are still growing in these areas. However, the number continues to decline at a worrying rate. It should be noted that the ever growing development of coastal areas pose as a threat for this particular species.

It is believed that the majority of them are gone due to the demand of urbanization, tourists’ resorts, agriculture and roads for transportations. Pollution also contributes to their death through harmful chemicals and waste. Natural disasters such as hurricanes and cyclones also harm them. 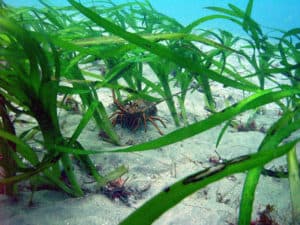 The Zostera Chilensis is an endangered seagrass believed to exist on two locations. Unfortunately, one of the location is unidentifiable. Thus, the only known location where it is known to grow is in Chile, South America. This species of seagrass grows best on areas with a lot of rocks and a lot of sands.

Each year, their population decreases at an alarming rate. The development of the coastal area also plays a major contribution to their already small population. Other than that, their habitat quality is also ruined. Reportedly, there has been no protection program for this species so far. The lack of attention may cause a heavier drop in their population numbers. 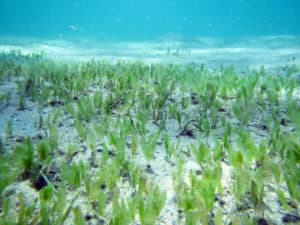 This particular endangered seagrass can only be found in Florida, specifically the southeast coast. What makes this seagrass special is its many vital roles that it holds by being a part of the marine ecosystem.

Firstly, it sets as a habitat for fishes, shellfishes as well. Secondly, it is a food source for many marine animals such as the green sea turtles and the manatees, particularly the West Indian manatees which are also endangered.

Thirdly, it helps in maintaining the water purity by absorbing carbon. However, the Johnson’s sea grass is threatened by pollution. Other than that, they are also often damaged from boats passing by in the water. Moreover, it can take quite a while for this sea grass to produce. Thus its recovery is a slow process. 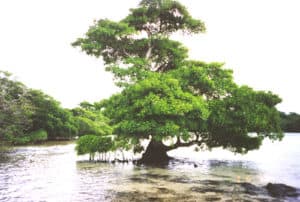 The Tumu Berau is another endangered mangrove species. But this particular is in danger in the coastal regions of Singapore. Even though this species is small in population, they have plenty of uses that humans can benefit from.

One of them is the fact that people need the Tumu Berau to make medicines. They are also considered as food. Moreover, they can produce timbers too. The declining number of this species could also be caused by the developing coastal areas which ruins their habitat. Other than that, they are often removed for various expansions and infrastructures. Pollution of toxic chemicals and dangerous wastes can also damage their growth. 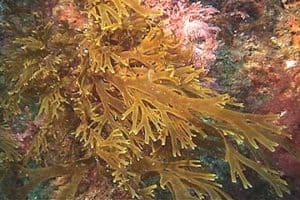 The endangered Marine brown algae continues to experience a decline in its numbers of population. This algae can only be found in two locations of the coast in Australia. They live in the south parts of the Muttonbird Island and the Port Phillip Heads.

It grows best around 5 to 7 meters deep in rocky seabed. Just like the other previously mentioned marine plants, this one also has a vital role in the waters which is to absorb carbon. Other than that, it serves as food and habitats for other marine lives. Unfortunately, a large amount of sea urchins look for this algae as food which cause it to become less and less. People also like to use this algae to use in their aquariums. 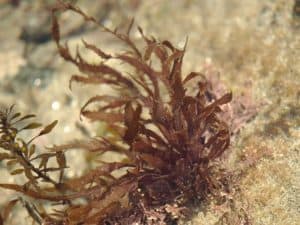 The eyelash seaweed lives up to its name since it has a very similar shape and size of an eyelash. It has existed since the beginning of time, which makes it a very ancient marine plant. This small seaweed is stated to be critically endangered and also extremely rare.

The species can only be found in New Zealand, namely at the east coast of its South Island (Kaikoura). Moreover, it is definitely different from other seaweed species in terms of its genetics. The recent earthquakes in Kaikoura on November, 2016, is feared to have completely wiped out every Eyelash seaweed there is. 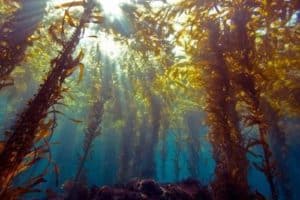 The Galapagos kelps is only found in the Galapagos Islands of the Pacific Ocean. This particular kind of seaweed is endangered due to its reducing numbers within the last couple of years.

The Galapagos kelp is important to the marine animals in a number of ways. They serves as their food and also a place for them as a habitat or simply protection. Moreover, the Galapagos kelp forests also help to take in most of the energy from the waves. Thus, they reduce the erosion that takes place at shoreline. Also, they act as sponge for many greenhouse gases which means that they absorb most of the harmful gases. They are also beautiful and contributes a lot to ecotourism. The El-Nino phenomenon is said to have negatively impact the population of the Galapagos kelp. 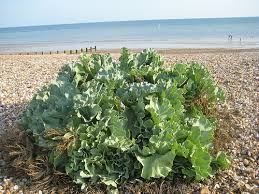 Despite its name, the Sea kale is not a kale. It is actually more related to cabbages. It is green with large, broad, wavy leaves.This plant species grow along the seashores of the Black Sea, Baltic Sea and the northern parts of Europe.

This plant is protected due to its very small population. Humans usually harvest this plant species for food. Also, they usually sell the Sea kale at the market. In past times, it is believed that it can help in the prevention of scurvy. However, it is reported that the only countries allowed to consume this cabbage plant is Britain and France.

Human activities and climate change definitely play a role in all of these plants lives. Though humans are unable to control the changing climate of the earth, they can help by ceasing harmful activities that contribute to the deaths of these plants and begin to conserve them.

9 Types of Jellyfish in The Atlantic Ocean