Sea cucumbers is one of many endangered species on the sea. This is happened because it is been over exploited in southeast Asia and the Indian Ocean area. People who over exploit sea cucumbers usually consume and sell it as luxury snack. This kind of action happens in developing countries which have big population of people. Even though the size of sea cucumbers can be fairly small but sea cucumbers do such an important role for water ecosystem. Sea cucumber important to cultivate the seafloor, without them the dead organic matter surround the seagrass and reef lagoon  and the seafloor will be harden. All of them generally could life up to 10 years in the wild. And here are some of the endangered sea cucumbers that you should know. 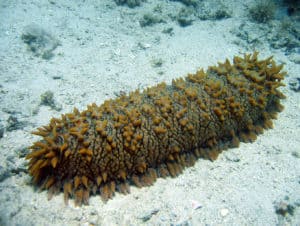 Thelenota ananas or also known as tripang in Indonesia has various type of name such as pineapple sea cucumber, sand fish, and prickly redfish. This species is mostly found through out Indo – Pacific waters.   In the sea, they live in swallow coral reef area up to 20 m beneath the sea and or sandy area.

On the other hand, its length can reach up to 80 cm for male and unsexed but usually you will only find it with 45 cm maximum of length. This species also classified as a low fecundity species. Where this species has low and slow ability to reproduce.

Since 1960s, this species has been targeted because of its medium to high value. Their exploitation are the other option for the market demand because of the decreasing number of Holothuria scabra sea cucumbers. Worse exploitation happened in Madagaskar where its exploitation reach up to semi – industrial levels, and people also tried scuba diving to catch this species. In Papua New Guinea, New Caledonia, Torres Strait, Northern Territory and Western Australia, and in the Great Barrier Reef Australia are set the minimum size limit (different size every country) of fishing this sea cucumbers as a way to protect it. 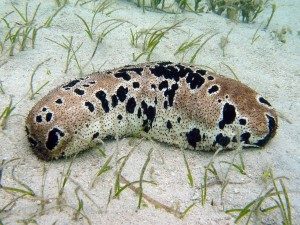 This harmless golden sandfish lives in reef, lagoons, and seagrass beds along the East Africa to Papua New Guinea and Australia. It is loves to buried its self under the sand or muddy sand. They live in the 0 to 20 m depth but you can find them more often in 10 m depth. They could reach 35 cm of length in general.

There are not many conservation for this species because, most of people can not differentiate this species with Holothuria scabra. If there is any of this species survive, mostly you will find them in some marine protected areas. In Tonga, even after 10 years of moratorium, this species was not considered as recover after overfishing. 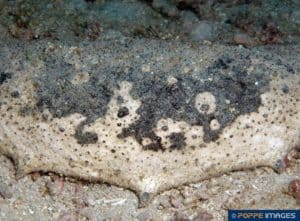 To find and protect this species you have to swim deeper up to 50 m beneath the sea in the  East and West Indian Ocean, and West Central and South West Pacific Ocean.

However, if you can not go that deeper, you can find it about 15 to 30 m depth. It could reach 60 cm of length and 2.4 kg of weight. In term of reproduction, Holothuria fuscogilva classified as a sea cucumber who has low fecundity. It only reproduce once or twice a year. Compared to other Holothuria, this species reach its sexual maturity slower.

Conservation actions are taken in some country to protect this species. In India, Egypt, Andaman and Nicobar Island the collection and fishing of this species is banned. On the Great Barrier Reef in Australia the fishing is also banned and the people try to do rotational harvest strategy for adding its quotas. Besides, in Kuala Lumpur after the CITIES workshop in 2004 Holothuria fuscogilva was identified as a species that is highly concern in their conservation. Because of the valuse of this species is high in China, people finally do the farming for this species. Minimum size limit of live and dry sea cucumbers are also set in Papua New Guinea to decrease its fishing. Mostly, there may be a minimum size limit along the Pacific. 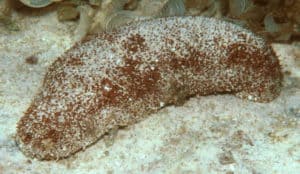 You can find this species along outer reef flats in Indian and Pacific Ocean, they live at reef flats of fringing, lagoon-islet reefs, seagrass beds, and on rubble flats. They could live up to 30 m depth but they usually found in 12 m depth. This species could live more than 12 years in the wildlife. This species also reproduce during the warm season. Unlike the other species, this deep water redfish has high fecundity and early sex maturity. 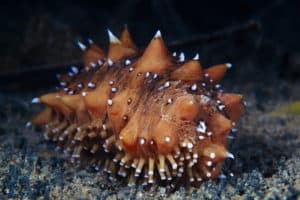 This sea cucumbers live long the coasts of Russia, China, Japan and Korea. They could live up to 40m depth beneath the sea. It also has a cylindrical body with blunt. They also love muddy and sandy bottom as their habitat. They feed on detritus and another small organic materials. The sexes in this species are separated unlike the other species. Male and female sex are depends on the water temperature. And this species could grow up to 20cm long. 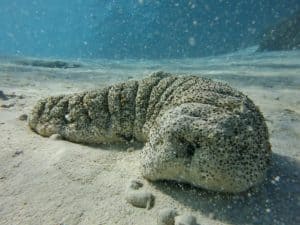 This species could live up to 30 m beneath the sea along the East African coast to Polynesia. Reef slopes, coral rubble and shallow seagrass beds are some places that they choose to stay. The elephant trunkfish could reach its length up to 60 cm and 5.5 kg of weight for an adult.  Just like any other sea cucumbers, this species also feeds on small organic particles by ingesting its food.

This species is over exploited in Indonesia and became a small parts of export commodity of fisheries in Tuvalu. Conservation action is taken by Papua New Guinea by setting the minimum size catch limit of this species. The same action also be taken by Torres Strait. 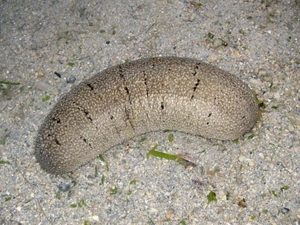 This species will be usually found in muddy sand and also mud habitants since this species attracted to it. Besides that, they also like ordinary coastal areas, and intertidal seagrass beds close to mangroves as their habitats. Their population is spread out through Indo – Pacific areas with 25m depth.

This species is identified as a promising species for aquaculture, this is why a private Australian company mass producing it. China also tried to farming it because of its high market value. Papua New Guinea, New Caledonia, Torres Strait, Moreton Bay, Great Barrier Reef, Northern Territory and Western Australia, are set the minimum catch size limit of this species. Since 2008, the banned of this species is also being applied in Fiji, Vanuatu ,India, and Papua New Guinea. 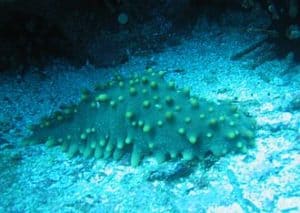 Before the over exploitation in the Galapagos Island, you will find this sea cucumbers species easily in rocky habitats. You can find them from 3 m to 39 m depth beneath the sea. You can also find this species in the Pacific Coast of Mexico, Central and South America, Baja California to mainland Ecuador, and Revillagigedos islands.

Because of its over exploitation in the Galapagos Island, since 1999 there’s a rule that said that fishing was restricted to a two-month season, and every year the management will check the population status of this brown sea cucumbers.

Illegal fishing in Panama, El Savador, and Costa Rica made the fisheries of this species is banned. Mexico’s government also put this species in a domestic threatened species list. And by 2002, and adaptive management is hold including brown sea cucumbers quotas, catch reports, and its population. This kind of activity also will be review every year. 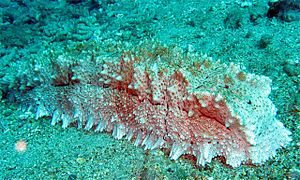 Just like Thelenota ananas, this species also being over exploited in the past a few years ago because the market demand on a specific species of sea cucumber is depleted. There are no specific conservation for this species for now but they may be found in some marine protected areas. 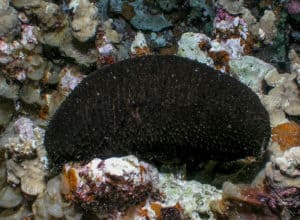 Harry Blackfish lives in the reef flats of fringing, lagoon-islet reefs, dead coral heads, and in sea grass beds along the Indian and Pacific Ocean with 0 to 10 m depth. This sea cucumbers can reach its length up to 30 cm and 2 kg of weight.

Fisherman usually catch this sea cucumbers with a bare hand. This species also over harvested over an area until a fishery moratorium in Yap is set to protect sea cucumbers including its permission of fishing and its minimum size limits.

Conservation of Sea Cucumbers in General

Because of sea cucumbers numbers declining so significant for the past years, finally some people and organization of the world realize the importance of protecting this squishy animal.  But, remember that it is not only their job to protect the environment and endangered species, it is also our duty to protect it. Besides its low fecundity, sea cucumbers also being consumed by most people in Asia as delicacy and luxury snack. Most people believe that sea cucumbers are good for their health and beauty. In China, the China Ministry of Agriculture (MoA) has classified sea cucumbers as one of the endangered species that has to be protected.

Fishing seasons and minimum catch size of sea cucumbers are also set. The authorities also trying to have adequate conservation for sea cucumbers and artificial reproduction also considered. Meanwhile in Fiji, Fiji Department of Fisheries and other Wildlife Conservation society, came to Fiji and conducting surveys in the Fiji’s remote area while recommend the local society about how to manage the use of this species. Sea cucumbers conservation that I know today are not specifically only trying to protect one species of sea cucumbers, but it is protected in some marine protected areas as the ways to protect the marine life.

Complex Knowledge about Seaweed Life Cycle Along with...