Home » Ocean Facts » What Will Happen If Water on The Earth is Over? Here are The Impacts 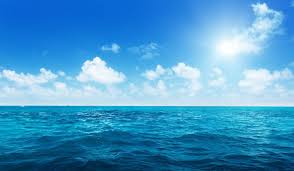 Life of creatures in this earth, such as: human, fauna and flora can’t be separated from water. From daily consumption like food and beverage, household needs, body cleanliness, small industry to big industry.

Water becomes the most interesting element to be searched for. As we know, water is liquid, flavorless, odorless and colorless substance. Based on the research, so far water is found only in the planet of earth. However, outer space researchers have done research and exploration with various equipment and robot to other planets around the earth.

Do you know that this earth mostly consists of water approximately 70% of whole elements or substances on the earth? That percentage includes all water in the various segmentation of layers of the earth, such as groundwater, river, lake, and water in the cloud that falls as rain. But do we know where the water firstly came from? Or, what is the history of the water in the planet of earth? Why is it only on the earth?

Water, based on chemical reaction, is the fusion of hydrogen and oxygen which is called H2O. According to the researcher, the water on the earth came from the explosion of Big Bang around 14 billions years ago. That phenomenon then became a planet called “earth” with complicated process which is still debated between scientist and researcher until now.

A researcher, Adam Sarafian, from Woods Hole Oceanographic Institution (WHOI) found that oceans have existed longer than we think before, in the same time when solar system was formed. So, no wonder if earth is called as blue planet.

Impacts of Missing Water from The Earth

We have discussed how the water came or formed in the earth. So, imagine if water on this earth is over! Unfortunately, the water that we use and see so far will decrease as well as the growth of the world population. How come? The usage of water is not only for individual, but also for industry.

1. The Disappearance of Living Creatures

A few times ago, there was an erosion 100 feet depth in the last 100 years in California because of the groundwater decreased. It made the layers of the earth’s crust became thinner. That phenomenon effected to the movement of plate tectonic and finally caused earthquake.

The research every year shows the decrease of the groundwater which makes the height of Sierra Nevada mountains in Spain increase some millimeters. Based on fact which is announced by Central Intelligence Agency (CIA), although the earth consists of 70% water, but there is only 3% fresh water supply and less than 1% available. The rest is still in the form of ice like in the north and south pole, iceberg, gletser, and slices of snow that will fall.

Even, the lack of water in some places have made humanity disaster like millions of people dead every year because of diseases that actually can be prevented by drinking fresh water. The trees no longer can do photosynthesis due to the water as the main processing element has gone. In the other word, the trees will die immediately. There will be no more oxygen, and the effect is human can not breathe anymore. We can imagine that the living creature will have disaster that can’t be avoided. Massive decrease of living creature will happen.

2. The Earth Will Change

Then, how will be the appearance of this earth without water? Imagine that the ocean water gone. We will feel that the land we live on getting higher because we can see directly the deepest sea bottom due to the ocean water has gone. Both poles will disappear and leave only stones and the land contour getting dry with mount of stones.

There will be no more clouds which embellish the sky and surround the earth which effect to no more rain and snow like how it is in every seasons. Beside rain and snow, weather that we will find after being no water on the earth is storm and thunder. Planet of earth in a short time will change from blue planet to brown planet because the surface of the earth will be desert.

3. Impact to Social And Economy

Before the other source of water in the various plants especially tropical rain forest gone, people will immediately hunt the water supply. People will fight over each other to get water and there will be impact to security and peace in a country. People will hurt each other and scramble fruits and plants which contain water. Shortly, some countries will break up or the member of a family will scramble each other to get the existing water.

4. Temperature of The Earth

The other impact of missing water from the earth is the increasing temperature of the earth. Ocean is the best source to absorb the carbon. When there is water on the earth, it could resist the geothermal so that the temperature is only 36 degree celcius. If the planet has more carbon dioxide and no water, the global warming can’t be avoided. In the other word, temperature of the earth will like burn and hurt the human skin.

That’s all the explanation if the earth we are living lost the water. Hopefully, this article can help us to save our earth from damage in the future.

History of The Dead Sea and 9 Unique Facts Behind It