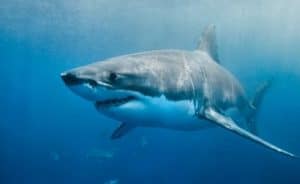 Sharks are one of the wonders of the oceans. Having lived for more than hundred millions of years, they have learned to adapt to the changing nature and continue to evolve better than ever before. These superior predators are capable of many things due to the features that they have.

To appreciate their astonishing abilities and features, here are 25 Facts of Sharks. These facts may surprise you so read on to find out more.

1. Body Language is Important for Sharks

Sharks don’t use sounds to communicate with one another. Instead, they interact through body language.The way they move or use certain parts of their body shows how they are feeling. This is a useful information for divers in order to know help them read their moods. For example, the signs of uncomfortable sharks could be hunching their backs, moving in zig-zag motions, lowering their fins or swimming down to the bottom of the water. These movements are helpful to avoid conflicts or accidents. (Read:  Prevention of Marine Pollution)

2. Sharks Have a Lot of Teeth

The largest shark species is the Whale sharks. They also take the title as the biggest fish species on Earth. The Whale sharks measure up to 10 metres in length. The runner-up for the largest shark is the Basking shark. The length of their bodies is around 9 metres. (Read: Major Ocean Basins)

The smallest shark in the world is the Pygmy Ribbontail Catsharks. It only measures up to 18 centimetres. Other small species of sharks include the Spined Pygmy Shark and Dwarf Lanternfish.

The larger sharks are known to have a longer natural lifespan. The White Shark is known to be able to live up to 100 years. As for smaller sharks, they may not have the same amount of years as the big ones. The Smooth Dogfish for instance is a shark that has a lifespan of 16 years.

It is thought that sharks are dangerous creatures that take many human lives. But in fact, it is the other way around. More sharks are killed by humans more than they kill us. Each year, around 70 to 100 million sharks are hunted and killed. These sharks are either killed for their fins or accidentally caught in fishing nets. As of now, there are 201 sharks listed as endangered species by the International Union for Conservation of Nature. (Read: Types of Sea Snakes)

7. Sharks Give Birth in 2 Different Ways

Sharks have 2 ways of giving birth. The first one is by laying eggs. Sometimes they purposely swim up to beaches so they can lay their eggs. The second way of giving birth is by live birth. A female shark is known to be able to produce around 48 young sharks in one birth.

8. Unborn Sharks Can be Cannibals

Things can get a bit messy when an embryo of shark develops teeth inside a litter of other embryos. The embryo that already has teeth will eat the other unborn siblings. This phenomenon is called intrauterine cannibalism. (Read more: Types of Small Ocean Fish)

9. Sharks Don’t Only Live in Oceans

There is a myth that the colour yellow attracts sharks more than any other colours. But, research shows that the eyes of sharks lack cells that could act as colour sensors. Thus, they don’t have the ability to see colours. What they are able to detect is the contrasting shades between colours.

Sharks are very old creatures. There are fossil teeth and scales from 400 million years ago which prove that they could very well have lived alongside dinosaurs. Their appearance is different from the sharks that we have now. An example of the ancient shark is the very rare Frilled shark. The modern sharks that we have now started to evolve around 100 million years ago.

Sharks have undergone millions of years of evolution. These advanced predators have successfully survived 5 mass extinctions that occurred on earth. It is all thanks to the structure of their bodies and their ability to withstand radiation. (Read more: Plants in the Coral Reef)

The Great Whites have an amazing and sharp sense for blood. They are able to know that there is a drop of blood in a 100 litres of water. Additionally, they can detect it from around 5 kilometres away.

14. Number of Death by Sharks is Low

The number of people dying from a shark attack is very low. The truth is, sharks do not like human flesh. They prefer small fish, squids or clams. Most attacks are due to being provoked by humans.

15. Sharks Have Unique Ways of Sleeping

Sharks sleep while they are still swimming. Thus, they do not have a deep sleep like humans do. There is less activity on the brains when the sharks are asleep but their bodies continue to swim.

16. Sharks Have Teeth as Scales

Tiger sharks are known to consume anything that comes in their way. They are often nicknamed as “garbage cans”. Strange objects have been reportedly found inside their stomachs including license plates, tires, gasoline tanks, jewellery or scraps from boats.

Hammerhead sharks have strange shaped heads. Their heads are called cephalofoils and they are very useful. The heads have electrical sensors that can be used to hunt for their prey or to kill predators. (Read also: Types of Abalone)

19. Thresher Sharks Have the Longest Tail

Thresher sharks have the longest tails of all the other shark species. They can grow up to half of their bodies. The tail is used to stun prey or predators because they do not have strong teeth and jaws.

20. Some Shark Species Can Illuminate Themselves

Lantern sharks have the ability to illuminate their bodies. This process is called bioluminescence. This particular ability helps them to disguise themselves in the darkness of the deep oceans. The Velvet Belly Lantern sharks are also able to light themselves up. Their spines could glow which could be used to scare off predators. (Read: Types of Ocean Storms)

According to a study, sharks’ teeth are completely covered in fluoride. This chemical helps the teeth to ward off bacterias causing cavity. Thus, their teeth are completely cavity free. The fact that they also replace teeth in their lifetime also helps maintain their perfect dental health.

22. Sharks Can Have Cancer

Scientists have found out that sharks can have cancer. The first tumor to ever be seen growing on a shark was a tumor on the lower jaw of a White shark. Another huge mass of tumor was also found on the head of a Bronze Whaler shark. Many species are known to suffer from cancer and these occurrences are becoming more often. (Also read: Conservation of Dolphins)

23. Some Sharks Die When They Stop Swimming

In order for sharks to survive, they must always swim. This is the only way to get oxygen through their gills. If they stop swimming, they could suffocate from lack of oxygen and eventually die. (Read more: Biggest Fish in Amazon)

24. Sharks Can Store Food In Their Stomachs for Months

Sharks are able to keep the food that they consume in their stomachs for a long period of time. This can be an advantage when there are no nearby prey to ease their hunger. When there is a material that they cannot digest, sharks will cough them up back again. Another way they can get rid of the undigested material is by turning their stomachs inside out.

25. Sharks Skin is Made of Collagen

Collagen is a protein that makes up the skin of a shark. It helps the skin to grow thick and also tough. Thickness can go up to around 10 cm. This particular feature helps sharks to survive in the extreme nature of the ocean. (Read: Types of Ocean Crabs)

Now we can understand how and why these predators are able to live for many decades. Their bodies are made up of amazing features which help them to evolve as well as withstand extreme conditions. It is possible that sharks will continue to live for many more long years.