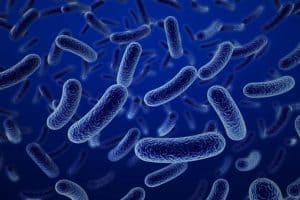 The following is a list of 17 Types of Ocean Bacteria. There are many kinds of bacteria living and thriving in our ocean waters. They have an important role of maintaining the well being of the waters as well as the living condition of other marine creatures.

However, some can become dangerous when they come in contact with humans. They may cause diseases, infections or even death. Here are several of them along with a short description for each of them.

The Vibrio bacteria species are found in several water near the coasts. They increase in number between the month of May and October where the temperature of the water also increases. These bacterias can infect humans and cause illnesses. One of the most common way to get infected is by consuming undercooked or raw oysters and any other kind of seafood.

Another way is through the skin which has wounds that are exposed to the water. People who are infected with this bacteria recover in different ways. Some may fully recover within a couple of days. Some may need serious care. However, some people may need amputation and some could even die. (Read: Endangered Species in the Great Barrier Reef)

Cyanobacteria were once recognised as a kind of blue-green algae. However, they are now classified as a type of bacteria. This species have the ability to convert nitrogen through photosynthesis into essential compounds such as oxygen. They thrive in water near the coasts, lakes or ponds where the water is calmer.

Cyanobacteria are particularly useful in biotechnology where they help in research. But cyanobacteria are also known for their blooms and toxins (cyanotoxins). Sources of water for drinking that contain the toxin can infect people and cause ALS (motor neurone disease) or even death.

This particular bacteria is infamous for its outbreak in US in 1976 with 221 people becoming seriously ill and 34 of them died. Legionella bacteria flourish in salt water, brackish water, lakes, rivers or streams. The disease they cause is called the Legionnaire’s disease. It is an extreme form of pneumonia with symptoms similar to flu.

Although the disease is not able to be transmitted from person to person, it can still be fatal. Those who are infected may have reduced quality of life because they may experience constant fatigue or neurologic symptoms months after an outbreak. Other than causing disease, this bacteria is considered to be a source of bioweapon. (Read: Plants in the Ocean Biome)

Found mostly in waters with warm climate, this species of bacteria affect both marine creatures and humans. They can even be considered as toxic as they are able to enter the bloodstream and infect the first organ they can encounter. They release toxins that damage the tissues. Furthermore, these bacterias are resistant to the common antibiotics. However, they do not attack healthy individuals. They cause illness to fishes and humans may come in contact with this species through seafood, vegetables or meats. For humans, they may cause diarrheas or eczema.

This bacteria species have similar properties to cyanobacteria since they can also convert nitrogen into other necessary compounds. Anabena circinalis may develop algae blooms that may hurt plants and creatures living nearby the area.

Other than that, this species are famous for their usage for anaesthetics to help with various medical related issues. As they also contain toxins, the bacteria are used to develop chemical weapons in the US. However, these chemical weapons were destroyed in the year of 2010.

This bacteria are very well known as E.coli. Studies show that most strains of E.coli do not cause harm. In fact, studies have shown that when this bacteria finds a host then they can release vitamin K2. Vitamin K2 helps in the development of the bones and organ tissues.

On the other hand, other strains can have the high potential to cause food contamination that leads to food poisoning. E.coli is one of the common bacterias that cause product recalls in terms of food safety. Furthermore, they can cause Chron’s disease, urinary infections, meningitis and other diseases. Symptoms include vomiting, fever and diarrhoea.

This bacteria can be found mostly in salt water near the coast where the area is warm and also shallow. The areas where this bacteria is common is the East and West Coast of US. Vibrio vulnificus is a bacteria that is similar to the bacterias that cause cholera. Moreover, the bacteria are common in shellfish, plankton, clams, oysters and clams too. Therefore, they can highly infect humans and other creatures. The bacteria have the ability to cause necrotizing fasciitis and wound infections. They were one of the main reasons for worsening health of survivors in the Asian tsunami. (Read: Facts about Starfish)

Shigella bacteria are actually a group of bacterias. They are responsible for more than 500,000 diarrhoea disease around the world. When exposed to the bacteria, symptoms include fever, abdominal pain and diarrhoea which could include blood.

Other side effects from the infections caused by shigella include seizures which are common in children and arthritis that can last for years. Infection to the blood streams is also possible although it can only happen to those who already have a weak immune system such as those who have cancer, malnutrition or HIV.

This group of bacteria are said to be the biggest bacteria to ever exist found in the ocean water of Namibia. They are also called as ‘sulfur pearl’ due to their cells containing sulphur that gives off pearly shine when expose to light. This particular bacteria help the ocean to not smell like rotten eggs. Studies are still conducted to understand the bacteria more and scientists hope that one day they can be used to clean up runoff in ocean waters. (Read: Types of Kelp)

Prochlorococcus bacteria are very small with pigmentation that is different from bacteria similar to them. The bacteria have been claimed as the most abundant organism with photosynthetic ability on earth. They play a major role as the biggest producers of oxygen in the ocean. Due to their pigmentation, they are able to absorb blue light that is able to enter the ocean water up to 200 metres. Therefore, this bacteria can also survive in water depths of 200 metres. The bacteria make up the 20% of global production for oxygen and contributes to the very base of the ocean food chain. (Read: Ways to Prevent Overfishing)

There is still many things that are not understood about this bacteria. This group of bacteria are common on water surface that receives a good amount of light. They can survive in both waters that have high nutrient and low nutrient content.

Synechococcus have a high level of growth where their population is very low. Growth factors include temperature, light, nutrients, genes and viral mortality. Other than living in ocean water, they are also common in rivers where there is an abundance of nitrate and phosphate.

Trichodesmium bacteria are also known as sea sawdust. They are common in tropical and subtropical ocean waters where the nutrient is poor. This particular bacteria thrive in the Red Sea. They have the ability to convert nitrogen into ammonium, a nutrient that other organisms need in order to live. This group of bacteria are visible to the naked eye and may form blooms on waters. The bacteria are vital to the marine chain as sources for new nitrogen in waters with poor nutrients.

First identified from the waters of the Sargasso Sea, this bacteria are now known to have the most population in the world. They can live in salty ocean water or fresh water all over the world. The bacteria help to recycle organic carbon that are already dissolved in the water. In summer, where the weather is warmer, they make up around 50% of the cells living in the temperate ocean water. Therefore, they hold an important role for the Earth’s carbon cycle. (Read: Types of Jellyfish in the Atlantic Ocean)

The bacteria were first found in the bodies of abalones, the edible sea snails, from South Korea. They thrive in ocean water and affect marine creatures. Thus, they can find their way to infect humans who consume raw seafood. The infection they cause affects the soft tissues. Those who are affected may experience fever and need intense hospitalisation and treatments for weeks. (See also: Animals in the Ocean Biome)

This particular species of bacteria flourish during the late summer in salt water or brackish water all over the world. They cause disease called vibriosis or red pest of eels. They mainly affect salmon fish and may cause several unusual enlargements of certain body parts. Antibiotics have been used to treat the disease in fish however the bacteria have become resistant to it. Now a vaccine is used to keep them away. (Read: Types of Ocean Rays)

This group of bacteria live in marine waters of tropical regions. They cause a disease called luminous vibriosis. This disesase especially affect farmed prawns. Other than that, the bacteria is also responsible for the milky seas phenomenon. The phenomenon shows a blue glow emitting from the sea water which can be clearly seen at night. The glow can cover an area of around 16.000 km. (Also read: Types of Sea)

Even though there are many bacterias that may cause immense danger to humans, they are still needed in order to keep ocean waters healthy.