Crab is one of many crustaceans that has various habitat such as ocean, fresh water, and land. Its body is covered with exoskeleton and it also has a pair of claw. There are more than 850 million species of crab that you can find in all around the world. But, they will be mainly found in the tropical and sub tropical places. Crab has various beautiful color and shape that you even never imagine before. The beauty of color is mostly owned by the land crab. And the various shape of crab is mostly owned by the ocean crab. And in here I’d like to share you with about some types of ocean crab. 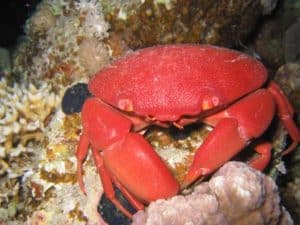 Red sea crab could be found in Pacific Ocean, Bering Sea, and the water of Alaskan. This crab can reach its size up to 11 inches with its weight up to 10 kg. The interesting fact about this crab is that during the migration time you can see this crab in the road and walking in a group that even can stop the traffic. 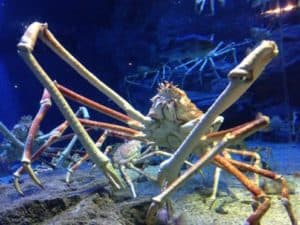 The next types of ocean crab is japanese spider crab. From its name, you know that you can find this type of crab in the water of Japan. Its Japanese name is takaashigani that has a meaning of tall legs crab. This type of crab has the largest leg span that could reach up to 5.5 m from claw to another claw.

Their body could reach its length up to 40 cm with its weight up to 19 kg. They like to live in the vents and holes in the sea with the depth between 50 m – 600 m. Their live span is claimed could reach up to 100 years. Their big an strong claw is claimed could cause some serious injuries.

Blue crab or also known as Atlantic blue crab and Chesapeake blue crab. This type of crab is native to the western Atlantic Ocean and the Gulf of Mexico. You can find them in the depth of 36 m beneath the sea. It could reach its length up to 23 cm with its weight up to 0.9 kg.

Meanwhile, in the wild they can live up to 3 years. Since blue crab is an omnivore, it eat almost everything including mussels, snails, plant, fish, and even smaller blue crab. What is interesting about this crab is that it only has six legs. 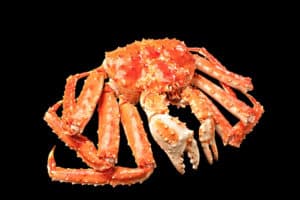 King crab or also known as red king crab, kamchatka crab, or Alaskan king crab is native to the Bering Sea. This crab could reach its size up to 28 cm in width and 1.8 m in their leg span and 9 kg in weight. The live in the depth between 20 m to more than 200 m for the adult. They will be found easily in the sand and muddy area in the substrate.

The king crab is known as a well adapt crab with the environment even with the changes of salinity level. They are also an omnivore so they will feed on any decaying organic matter and invertebrates. 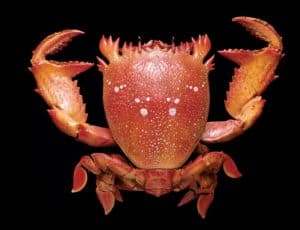 This crab is also know as a spanner crab. You can find this crab along the eastern coast of Australia with the depth between 10 m – 100 m. Their size could reach its size up to 5.9 inches in length and 0.9 kg in weight. They usually camouflage by burying their self with the sand while waiting their prey which is fish to come.

On the other hand, Red frog crab is found to be more active during the night (nocturnal) and they bury their self with the sand during the day. 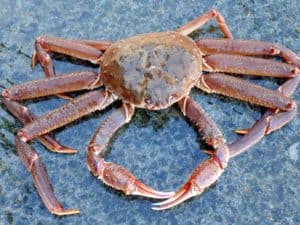 Known as bairdi crab, snow crab, or tanner crab this crab can be found in the Bering Sea and the eastern North of Pacific Ocean. Their weight could reach up tp 1.81 kg with their life span more than 10 years. They feed on clams, snails, worms, and bottom crustaceans. This crab is vulnerable to dinoflagellate and it may caused bitter crab disease. 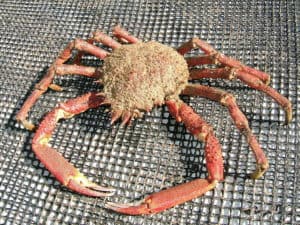 This type of crab can be found in the north east Atlantic Ocean and in the Mediterranean Sea around the weed, stony. and heavy rock. Its also known as spiny spider crab or spinous spider crab. Its feed on seaweeds, sea cucumber, sea urchin, and molluscs. Its size could reach up to 20 cm in length. This type of crab is one of many migration crab. The migration of european spider crab is during the autumn. Female crab become vulnerable during the moulting. 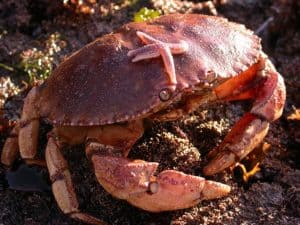 Atlantic rock crab is mainly found in the Labrador to the South Carolina. You can find this crab until 790 m beneath the sea along the rocky shorelines or tide pools. Its length could reach up to 5.1 inches with 202 g of weight. They are very adaptable with any extreme various of depth. They feed on algae, crustaceans, mussels, and gastropods. 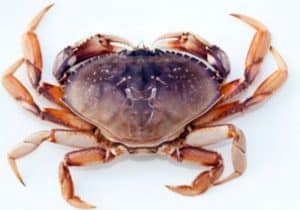 You can find this crab in the west coast of North America. They live in the sea bottom and eelgrass beds. its length could reach up to 20 cm. It has five legs and it usually bury their self inside the sand when they feel threatened. They feed on clams, crustaceans, and small fish. The crab it self usually molt in May to August. 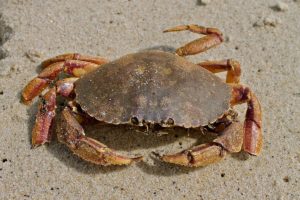 Jonah crab can be found along the east coast of North America. Its carapace could reach up to 222 mm in width. You can find them around the rocky substrate, silt, and clay with the depth up to 750 m. But you can find them in the depth between 50 m to 300 m. They feed on mussels, arthropods, snails, and algae. They like to move to another area to get the preferred temperature for them. 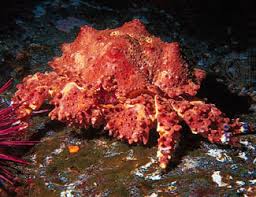 Puget sound king crab is the next types of ocean crabs. This crab can be found in the ocean along the Pacific Coast. The puget sound king crab is also one kind of many species of king crab. It also has various color such as orange, red, and purple. Their size could reach up to 10 inches.  You can find them in the depth of 450 feet. 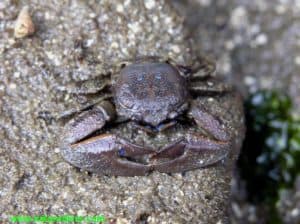 This small crab can be found in the depth of 90 m along the western coast of North America. It prefer to live in the seaweeds, under the rock, sheltered coast, and in beds of mussels. Its carapace could reach up to 2 cm wide. This type of crab can’t adapt well in the environment. It can’t survive in the warm temperature of water. This crab is also known as a porcelain crab because they will release their leg when they are threatened. 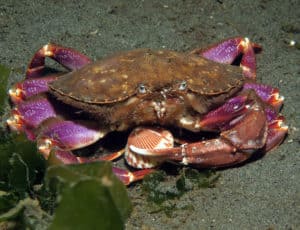 Pacific Ocean is a place where you can find this crab. They prefer to live around the eelgrass bed, in sand and mud, and also pillings. They can be found in the depth up to 174 m. This crabs can grows up to 9 cm in width. This fish is also known as slender crab. They feed on small fish and their predator are giant octopus, seastar Astropecten verrelli, starry flounder, and staghorn sculpin. 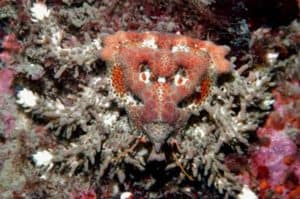 The carapace of heart crab could reach its width up to 10 cm. This crab prefer to live under the rock in the sea. You can find the crab in the 183 m depth. Heart crab is making a symbiosis commensalism with the sea anemone. The heart crab also feed on sponges and sea urchin. But, they could also eat another things since they are omnivore. Heart crab is a prey to octopus. Because of that, they camouflage as their defense mechanism. 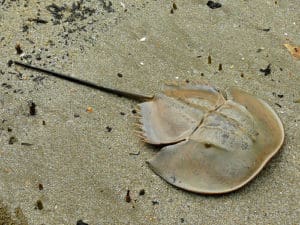 This crab can be found along the northern Atlantic coast of North America. They can grow up to 60 cm in length. This type of horseshoe crab is feed on molluscs, worms, benthic invertebrate, and algae. During the winter they can hibernate in the depth of 20 m. This type of horseshoe crab can be found in the sea of China, Indonesia, Japan, South Korea, Malaysia, Philippines, Taiwan, and Vietnam.