Here are the Major Ocean Basins in the world. Ocean basin is basically the region that contains a huge amount of water. In fact, it holds most of the water on earth since ocean basins cover almost three-quarters of the surface on Earth. In this article, 5 major basins will be talked about in details including their description, characteristics and usage. 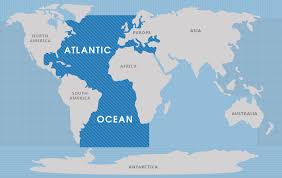 The Atlantic Ocean Basin is the second biggest ocean basin on Earth, right after the Pacific Ocean Basin. It is named after a famous member of the Titans in Greek mythology, Atlas.

The formation first started 150 million years ago, at the time of the Jurassic period. There was a rift that opened in the Gondwana, a supercontinent that ended up separating South America and Africa.

It covers around 20% of surface on Earth which is around 75 million square kilometres. The coverage include the Black Sea, Caribbean Sea, Baltic Sea, Denmark Strait, Davis Strait, Gulf of Mexico, Mediterranean Sea, Norwegian Sea, North Sea, Scotia Sea and partially the Drake Passage.

The depth of the Atlantic Ocean Basin ranges from 3.926 meters to 8.605 meters. The first being a shallow depth while the latter is the deepest part of the basin which is located in the Puerto Rico Trench, the Milwaukee Deep.

As for the South Atlantic part, it is shaped like the letter ‘S’. It runs from the channel on the north of the Arctic Ocean to the south of the Southern Ocean. Essentially, it is located between the American continents and those of Europe and Africa. 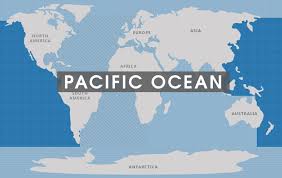 The Pacific Ocean Basin earns the title as the biggest and the deepest ocean basin in the world. The basin is located on the east of the North and South American continents, west of Asia, Malaysia and Australia.

The Pacific Ocean Basin is said to be the oldest among the other basins on Earth. It formed around 200 million years ago. Ever since then, the basin is further shaped and altered by plate tectonics occurrence.

It covers a large part of the Earth with water, approximately around 155 million square kilometres. It is said that all the continents on Earth could actually fit inside the Pacific Ocean Basin.This is proved by the fact that when the continents of the United States, Alaska and Hawaii are put together, they only make up a small part of the basin. Therefore, other continents can surely fit in it, further demonstrating how massive the basin is.

Within the areas of the Pacific Ocean Basin, there is a ridge that forms from the Gulf of California right down to the west of the Southern part of South America. It causes a rise of the ocean floor, around 2.130 metres. It also causes magma to rise up from the mantle of the earth, forming crusts. These crusts then collide with continental plates that are nearby their edges.

Due to the enormous pressure, the continental then form mountain ranges. The plates of the ocean sunk down which formed trenches that are deep called the subduction zones. The subduction zones are highly responsible for many earthquake activities as well as volcanic. This in turn gives the Pacific Ocean Basin the nickname ‘Ring of Fire’. The Pacific Ocean Basin basically contributes to numerous earthquakes and volcanic eruptions on areas of the Earth. 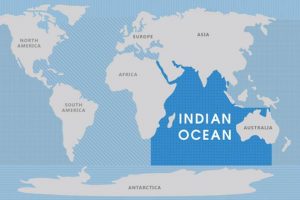 The Indian Ocean Basin is said to list as the third largest basins in the world. It is roughly located in the West part of Africa. It lies in Northern parts of Asia, the East of Australia and the south tip of the Southern Ocean.

This basin is around 68 million square kilometres in total with a depth of 4.210 meters. The 4.020 km line along the Cape Agulhas on the Southern parts of Africa and Antartica is considered as the boundary that separates the Indian Ocean and the Atlantic Ocean.

The Indian Ocean Basin includes the Arabian Sea, Adaman Sea, Great Australian Bight, Bay of Bengal, Gulf of Aden, Mozambique Channel, Red Sea and the Strait of Malacca. There is actually a ridge that lies in between the basin. It separates the basin into two. The ridge is called the Mid-Indian Ocean Ridge.

The Indian Ocean Basin has played an enormous role in human interactions between the seas and the continents. It helped in the trading system of spices when Vasco da Gama, the Portuguese explorer, first entered the trading zone. Furthermore, it has recently been discovered that the basin helped the trading process among the expertise in Arabs as well as the Zheng He’s voyages.

The trading that occurred in the Indian Ocean Basin was good and contributed to the wellbeing of the economic growth. It improved the lives of those who lived near the basin. Thus, people were prosperous and there was an increasing number of traders. The growth also affected those who lived in specific areas in Asia and Africa. The Indian Ocean Basin helped them improve their quality of life and also made them richer than ever before. 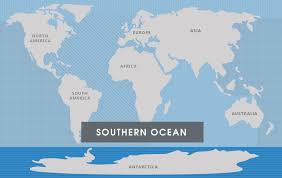 The Southern Ocean Basin is the fourth largest ocean basin in the world. This basin includes the areas that surround the Antartica, the southern parts of the Indian, Pacific and Atlantic ocean basins.

It is around 20 million square kilometres. As for the seas that it contains, they include the Weddell Sea, the Amundsen Sea, the Bellingshausen Sea, the Ross Sea, a portion of the Drake Passage and a portion of the Scotia Sea. The Southern Ocean Basin lies from the coast of the Antartica to the South of the latitude.

The Southern Ocean Basin is famous for its ability to regulate the Earth’s climate too by absorbing heat, carbon dioxide and moisture. The heat that it absorbs can be carried away for long distances before they are released back. Once they are released, they form rainfall patterns that immensely make up the climate.

Other than that, it distributes the rise and fall of sea level all around the world. Since it carries heat, the heat causes the surface down in the ocean to fall which helps to raise the sea level. The circulation is ongoing, thus it influences the way the water fall and rise. 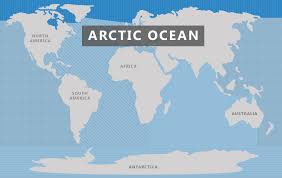 Although the Arctic Ocean Basin is said to be the smallest basin among all the others, it covers the majority of the Arctic. It ranges from the North Pole to the shores in North America, Asia and Europe.

The basin has a surface area of 14 million square kilometres with a depth of 1.500 meters. The Arctic Ocean Basin includes many seas including the Norwegian Sea, The North Polar Sea, The North Sea and lastly the Barents Sea. The waters of the Arctic Ocean Basin actually can come into contact with the waters in the Pacific Ocean due to a channel called the Bering Strait.

There are 3 ridges in the Arctic Ocean Basin. These features have come into discovery during the late years of 1940s. Respectively, they are called the Lomonosov Ridge, the Alpha Ridge and the Mid-ocean ridge. The Lomonosov Ridge is the major one and it separates the North Plar Sea into two. The Alpha Ridge is located at North america which defines the basins in Canada and Makarov. As for the Mid-ocean Ridge, it is located in Eurasian and defines the Fram and Nansen basins.

The Arctic Ocean Basin is covered in ice. During summer months, the ice melts. However, in higher latitudes, the ice is permanently covering everything. There are also bulks of ice called islands. These islands of ice are made entirely of ice and they move according to the water currents in the basin.

This particular basin serves as an important research point for scientists. It helps to study how these ice moves. Other than that, the sea ice also helps the scientists to observe the climate on Earth. The surface of sea ice in the basin is actually bright and reflects back the sunlight that enters earth. Approximately, it reflects 80% of sunlight and as for the liquid part of the ocean, it absorbs 90% of solar radiation that it receives. Thus, the ice and water in the basin helps to moderate and regulate the temperature of the world.

Read: Animals in the Coral Reef

Indeed, not only are these 5 Major Basins cover a large part of the earth, they also help in various human activities. Moreover, they are very crucial in gaining information about the Earth’s past as well as maintaining temperature of waters and the climate on Earth.

Types of Soil in the Ocean – Characteristics