Basically predators is defined as an animals that is preys on others. If we want to take a look in the food chain, consumer level 2 and above can be called as predators.

We see that in each ecosystem surely there will be predators because these predators cannot produce their own food like plants. Even human is also classified as predators.

What most people think about predators is that predators should be the one who is in the top of food chain. They might look as the strongest animal in their ecosystem but in fact, those animals that feeds on another animals can be classified to predators as well.

Talking about predators surely you already know some predators in the land, but now I am going to share you with about some types of ocean predators. Here are some information for you.

Orca or killer whale is also known as one of the ocean predators.

Killer whale is also known as the top predator in the ocean.The size of orca can reach 5.8 m long for female and 6.7  long for male.

Talking about its diet since it is a predator, killer whale is known as a predator that has a wide range of diet starts from fish, rays, and shark.

Walrus is another ocean predator that we are going to talk about.

Its diet is including ocean mollusks where they need to crash the shells first before they can actually eat their food.

Even though walrus look alike with the seal but what makes us realize that an animal is a walrus is from the tusk. 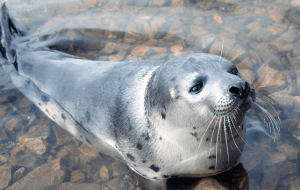 Pinniped is another name of seal. And just like we are all know that pinniped is classified as carnivore.

The pinniped body is vary starts from 1 m long until 5 m long.

Just like any other ocean mammals, pinniped also sleep and take a rest in the ocean while half of their brain is active so they can actually detect and escape from the predators.

In the average, penguin size is about 1,1 m tall for the adult. The smallest penguin species is known as little blue penguin.

Its diet is mainly fish but it also feeds on shrimp and squid.

The life cycle of white shark itself can be considered as a long life cycle since it can live up to 70 years.

It is known as a great swimmer too since it can swim at speeds of 56 km/h and dive up to 1,200 m beneath the ocean.

See also: Importance of Sharks in The Marine Ecosystem – Facts of Sharks

Barracuda is known as a fish that has a sharp teeth and a body size that quite huge. It looks like a snake and it also has fang teeth.

Somehow barracuda as one of the ocean predator loves to be around the coral reef to catch their prey.

Its prey is mainly fish but it feeds on vary diet.

Read more about Importance of Keeping the Ocean Clean

Blue marlin is a species of fish that can be found in the Atlantic Ocean and Indo – Pacific region. The distribution of blue marlin can be found through out the tropical and subtropical region.

Since it is classified as a predator and predator is known as an animal that has a huge body, the body size of female blue marlin can grow up to four times bigger than the male. 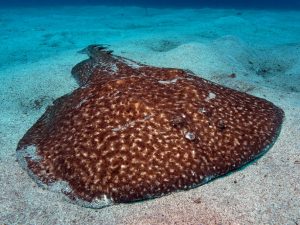 Torpedo ray is another types of ocean predators. This species of ray is also known as electric ray or electric torpedo ray because it can produce electrical shocks.

Mostly, torpedo ray will inhabit in the shallow area near the coral reef but there are also some species of it that can live in the deeper part of the sea.

Those torpedo ray that inhabit in shallow area usually will camouflage with the coral reef ecosystem so by that, their prey won’t realize their existence. 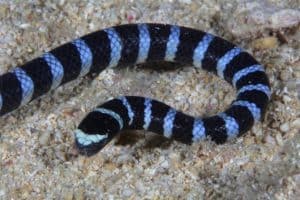 Sea snake also will be found easily in the coral reef because its other name is coral reef snake.

Sea snake is classified as a venomous snake due to its venom. Most of the snake is fully adapted to the ocean ecosystem.

Most of the sea snake population live in the tropical area such as Indian and Pacific Ocean.

Compared to another species of seal, Leopard Seal has the most muscular body that creates it to be one of the ocean predators.

So no wonder if you ever see a great fight between this species of seal with orca due to their strength.

This species of fish may seems beautiful and not dangerous but in fact it is. Lionfish or also known as zebrafish is a species of fish that is native to the Indo-Pacific region.

Talking about this beautiful looking fish diet, its diet is mainly eating a smaller size of fish but it also does cannibalism to their own species. Besides its beautiful color of body, lionfish is also known because of the venom that is exist in its fin.

The existence of this species of shark can be found world wide in the shallow warm water area.

As one types of ocean predators,  bull shark’s diet is including fish and smaller size of shark.

See also: Importance of Sharks in The Marine Ecosystem

As we all know, polar bear is classified as a carnivore. It mainly feeds on fish and seal. To survive the temperature in the Arctic, polar bear has a thick fur.

There are about 19 species of polar bear that is exist, and some of the species is actually experiencing the declining number of population due many things.

The factors that may change the amount of population such as climate change , habitat destruction, and also illegal hunting.

See also: Importance of Ocean For The Global Climate – Climate of the Ocean 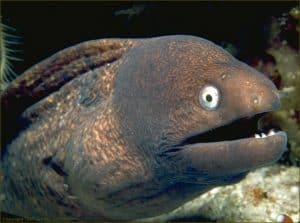 Moray eel is a species of eel that can easily to found near the coral reef.

They love to live in the coral reef or between the anemones to hide themselves from their prey. Even though it can be found in the saltwater but moray eel can also live in the brackish water.

It can grow big and reach its length up to 3 m.

If most of the predators are classified as a carnivore, Oyster Todfish is a predator that is classified into omnivore.

This species of fish has the ability to survive in the poor condition that will require it to eat a little amount of food.

Some of its prey is including mollusks, crustaceans, and fish.

So those are the types of ocean predators that I can share you with. Hopefully this information I gave can help you to know more about the deep ocean environment. Thank you for your willingness to follow our website and keep reading our articles.

It means that you are actually aware towards the deep ocean ecosystems. Please stay following our website because there will be more article to come and it will surely informative and interesting for you to read.