Understanding oceanography fisheries according to Hadi, 2012 is a science that discusses the description of the sea and the life cycle and behavior of fish as a form of adaptation to changes in factors around the waters, which in science, includes the biological factors, chemical factors, physical factors, and biological factors. 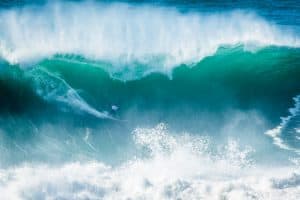 A wave is the movement of the rise and fall of water in a direction perpendicular to the sea level that forms a curve. The usefulness of the wave is as shipping safety, for port design, determining the layout of the port, determining the depth of the shipping flow, planning the port’s protective structure.

The factors that influence the first wave are wind (wind speed, time of wind gusts, length/distance of wind gusts), the second is the topography of the sea profile and the shape of the beach. 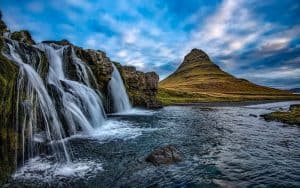 Flow is the movement of seawater horizontally and vertically towards balance (Hutabarat and Evans, 1986). The role of distribution flows and experimental fish behavior shows that fish responds and reacts to several current directions, nutrient transportation with the presence of currents can transfer nutrients from one place to another such as upwelling useful as aquatic enrichment, bringing food and washing coral reefs currents that enter the coral reef so that coral washing occurs naturally.

Factors that influence wind flow are movements of seawater that are affected by wind (wind moves from high pressure to low pressure), moving seawater that has high salinity to low maternity, temperature, Earth rotation, ground conditions, and beach distribution.

Wind can also cause vertical water currents known as upwelling and sinking in some coastal areas. This occurs in situations where the direction of the wind is parallel to the coastline. Upwelling process is a process where the mass of water is pushed upward from a depth of about 100 to 200 meters which occurs along the west coast on several continents, even though the wind blows from the west but generally the average current forms elbow to and from the ocean as the result of the Coriolis style.

The flow of the water layer away from the coast causes the water coming from the inner layer to rise and replace the void of the place.

The mass of water originating from these deep layers is not yet related to the atmosphere and therefore contains low levels of oxygen but they are rich in nutrient solutions such as nitrate and phosphate so they tend to contain much phytoplankton. Since phytoplankton is the basis of the food chain in the ocean, the upwelling area is a fertile place for fish populations, for example, the area along the coast of Peru and Chile are an advanced fishery area where the fishing industry accounts for 20% of the total world production.

Sinking is a process that transports water movements that sink downward in coastal waters. This happens as a result which is the opposite of the upwelling process. The wind blows parallel to the coast but in this case, the direction of the average flow of currents, they produce towards the land and the flow of the water is directed downward when they reach the coastline.

Tides are periodic horizontal and vertical sea surface movements that are influenced by the attraction of the moon and sun to the Earth. The benefits of studying tides help in the research of marine life, especially in the intertidal zone, pond water circulation, shipping safety, and security. Tidal types:

There are a deep relations between the species inside it and the ocean. A little problem occur in the ocean will affect the quality life of the living things. Therefore, we as a human should take a deep care of it by changing our bad habit of throwing waste to the ocean.

Revealing the Secret behind the Beauty of the Rainbow River Phenomenon