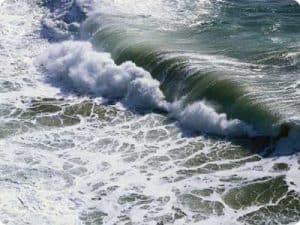 When you go to the beach, you will see that the water will move back and front continuously. This is may happened because of some factors that affect the movement of the water it self.  Even though usually water will move from a higher place to a lower place there are some other factors that affect the waves movement such as the wind, the sun, and the moon.

Then because of those factors, there are three different movement of the water it self which are the waves, the tides, and the current. It is so important for us to know about the movement of ocean water cycle.

Why it is so important? Because in some cases where we don’t know yet about it, we can harm our self. Taking an example when we go to swim to the beach, sometimes we don’t realize that there is a warning board there. By this, it will be very dangerous for us to swim there. But after we know the movement of water it self we can have more knowledge and we will be more careful about the water movement in the ocean. And just like what I have said before, the movement of ocean water is divided into three major which are the waves, the tides, and the currents. Here is a further explanation about it.

Basically, waves are a horizontal  ocean water movement. Waves can exist because of the energy transferred from the wind. When the wind hit the ocean water there will be a friction exist between the water molecules and the wind molecules. That kind of friction that cause the waves exist. That is why you will see the waves move back and front.

The wind that blows the waves in the ocean makes an energy transfer to the wave. You can fell the energy by standing in the beach and when the waves come and touch your feet, you will be dragged back to the sea. This is just a simple example of the existence of energy that is being brought by the waves. So the energy from the wind (motion energy) will be transferred to the wind. This kind of energy that make waves so strong that even can harm anything in front of it including coral reef and even human.

There are two parts of the waves it self which are the crest and the trough. When you see the waves go higher than the water surface, it is the crest part. And when you see the other part of the waves go lower than the water surface, it is the trough part. So, that is all about the waves, just make sure that if you want to go surfing in some certain beach that is claimed has a big wave, be careful of the sign and instruction there. Because that will be so important for your safety. Some place that are claimed to have a big waves are Hawai, Tahiti, Maui, and Chile. There is also a big and wild waves where when it is combined with an earthquake beneath the sea it will create a tsunami.

Different name different movement. If the waves it self is a horizontal movement of ocean water, the tides is a vertical movement of ocean water. The tides will move up and down (or we also know it as the rise and fall of ocean water) because of the gravity. The gravity that affects the ocean water to create tides may come from earth rotation, the sun, and the moon. There are some types of meteorological condition about the tides. Such as, Highest Astronomical Tide or HAT and this is explaining about the highest tides point that might occur. And Lowest Astronomical Tide or LAT and Chart Datum or CD that is explaining about the lowest tides point that might occur. In this world, the highest tides was found in the Bay of Cundi in Canada.

Ocean current basically has a very important role to our climate. This is because the current it self work as a conveyer belt which transport the warm water and cold water from one place to another places. This also will help our earth climate in balance where the current deliver the cold ocean water to a high temperature places. You can imagine if one certain area is already having a hot temperature and the ocean water there is also high, surely there will be no life there. Since, not all kind of animal and ocean plants can live in a high temperature. Especially, for the last of coral reef that is so fragile and sensitive about its surrounding.

Where, you know that coral reef is really important to support the marine life. It is like without the coral reefs there will be no life in the ocean, because coral reef in a kind of marine ecosystem that can support, became a home, and a food for another marine living beings. This is why, the current is really important to keep the balance all over the world by managing the ocean water temperature. Besides that, the current also can help managing the temperature basically because the ocean water will absorb about 30% of the total carbon dioxide on earth. And this is makes the ocean water become hotter.

The nature or as in this case is the ocean current is trying to help us by keeping the ocean water stay in balance. And we as human, should also do some support that can increasing the ecosystem health.

The ocean currents direction is also being affected by some factors. Such as, wind, depth, salinity, earth rotation, and temperature. It is also classified as a horizontal movement of ocean water. In the northern hemisphere the current will flow like a clockwise. Besides, in the southern hemisphere the current will flow counterclockwise. In a way, the current has its own route and it will follow the route continuously if there is no other factor that affect its movement.

Those are the types of ocean water movement that maybe you don’t know before. Remember that as a human we can also help and do some kind of action that can save our ecosystem and planet. And that’s all for today’s article of the movement of ocean water. Hopefully by reading this article you can understand more about the ocean water movement. And also hopefully this article is beneficial for you to know more about your safety. Thank you for reading this article until the end. Don’t forget to keep following our website because there will be more interesting articles to read.