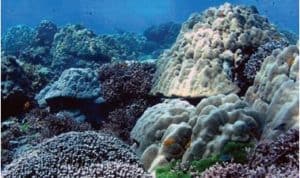 Otherwise, biologic conservation is done by focusing for regeneration the organism and their ecologic process so that the environment will be back to former condition. The physical conservation need more money than the biology conservation.

Sometime for the coral conservation, the the only method that is needed is biology conservation, active and passive. In another case, the combination of physical and biology actively sometimes is needed. This method is called “double restoration”. But, always we have to put the two aspect for consideration. (read also: Types of Sea Urchins)

There are a lot of condition that caused the destruction of coral reef. That condition is sinking boat, coral mining, and fish bombing. The destruction of the coral reef caused a large physical destroyed area of coral reef structure or caused a large area with unstable coral fragment with a large bottom of sand. This are can’t restore in a short time, it will be years to make it back to former condition, expect there is a physical restoration. But the physical restoration need a lot of money, the expenses is between 100.000 US$ – 1000000US$ per hectar and need an expert help for design the physical restoration. Because of that, this article will be focused on biology conservation. The small biologic restoration and first aid for destroyed area still enable for community based-activity.

See also: global warming in ocean – acidification of the ocean

When there is a serious destruction of coral reef such as cracking stump, reversed massive coral, broken coral colonies or other sessile organism, or the accumulation of foreign bodies on coral reef structure. The first aid can help the restoration of coral reef dramatically. (See also: Acidification of the Ocean)

This activity that is done is such as putting cement or epoxy glue on large cracking stump, restoration and stick the coral, sponge and other coral together or at least put the fall organism to its safe place until stick to another coral reef itself. The criteria for determine the priority of which destroy coral reef that is needed for first aid. The criteria itself is based on the size, age, and the difficulty and exchanging and contribution on diversity of topographic. Foreign bodies that threatening the integrity of the surrounding of reef (such as stems of trees) or invite polluters (car example, or garbage collected on the reef by the year of tsunami) must be removed from the reef. (see also: Ocean Coral Reef)

The area that full of unstable coral fragment don’t restore although already been years. The stem of coral that stick will reversed, eroded, choked, or be buried. The chance for coral to be alive again is very low ant the area which is full of the broken coral will be a killing area of coral. In addition, coral fragment and sediment induced by waves can spreading to entire reef because of storm so they will destroy other areas that previously unaffected. But, this problem still has a solution. (see also: Ocean Natural Resources)

The broken coral can be stabilized and move to other part of the ocean. But, the expenses of this action still very expensive and difficult. The succeed have already been achieved by using flexible concrete layer or by pouring cement on coral fragment. But, there is still a risk of failure because of storm that can happen in a future. Because of that, the conservation of coral reef must be considered as huge physical restoration and there is must be a supervisor from expert team. (see also: Ocean Environment)

At protected area, the chance for succeed may be possible by closing the coral fragment with huge lime stone. This stone must have enough size so it will be stabilized in many condition, even when there is a storm. The fine ocean sediments which is raised and covered the surface of the reef will inhibit coral larvae to stick and inhibit its growth.

One thing that has to be remembered is that coral reef is a group of habitat where consist of sand area of growing macro algae, sea fan and high coral. If there is a sand area and fragment coral that is not disturbed the health of nearby coral reef and there is enough modal for conservation, choosing other area where is more needed will be more effective for activity of coral reef conservation. Before biologic restoration is done, the needed of physical restoration must be also considerate. If a huge physical restoration is needed evidently but there is no enough modal, biologic restoration can fail. 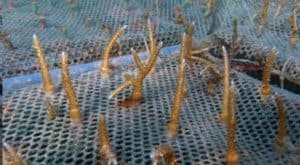 Physical conservation activity is very depended with artificial coral reef, it consists of a chunk of limestone, concrete that specially design (such as reefballs) or ceramic (such as ecoreefs) up to the cable circuit (such as biorock). (See also: How to Prevent El Nino) 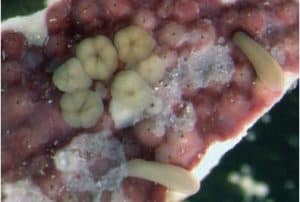 Ecologic restoration is a process to help natural regeneration of an ecosystem where there is decrease, broken or destroyed condition. This help cannot be done directly with management of coral reef, so it will diminish other natural regeneration. (read also: Sea Salt Facts)

Otherwise, this help which is done directly with do actively biologic restoration. Such as coral transplantation or other organism. Example, for the first action of biologic conservation is management for decreasing the pressure because of fishery, sediment accumulation or accumulation of waste. So, passively biologic conservation can be done by many activities management of seashore such as decrease anthropogenic pressure of coral reef ecosystem.

The most frequent actively biologic conservation activity that have been done is coral or organism transplantation at the destroy area. Things that have to be remembered is minimize the damage donor area for transplantation coral reef and maximize the probability for transplant life on coral regeneration. At last, restoration activity will be succeeding for long term if the community in coral reef have already independent and well function.

For breeding the coral reef, there are two type of method that can be applied. That method is sexual or asexual propagation in situ (in ocean) or ex situ (in aquarium). The cheapest method is to collect the coral directly from a reef and transplant it to damage area. But, for gaining the good result, every transplant must have enough size, approximately >5-10 cm. The small fragment of coral has size 2-3 cm. This size is needed for transplant survival in high sea or in bottom of the sea. (See also: Climate of the Ocean)

Ex situ cultivation need more money than in situ. Coral larvae that have plantonic will be cultivate by inserting it to substrate and grow it on a cage at high sea for 6-12 months until it big enough for transplant to coral reef. Although the transplant need more money, but the coral is very useful. The small fragment will not well survive in cultivate area in situ but in ex situ. The high expenses is balance by the potential ten of thousand colony from small fragment.

Coral can grow asexually form fragment (that is called ramet if it was taken from same colony (clon)), if the size is very small sometime is called nubbin and this method is the most common method. Base on experiment, a polyp can produce a colony from ex situ cultivation. Even thought, most of the restoration activity use big fragment (size 3-10 cm) because in can cultivate in situ  in water column or a ground with reasonable price. Technology that is used is based on small- scale community with supervise by experience expert team. The goal of asexual cultivation is

The main benefit for cultivation is there are a hundreds of small colony from one fragment. Time sacrifice and labor is needed for prepare the area of cultivation, gather all the fragment for pay the cost for preparation of cultivation area, gather the fragment, insert the fragment to substrate and protect its sustainability until it ready for transplantation. The cultivation activity will have many time because the activity is consists of many other activity such as cleaning the nubbin from alga and other ocean plants or animals that dirt the cultivation or coral eater such as Drupella snail.

The smaller is the fragment that is used then the longer it takes for cultivation before transplantation and the condition in cultivation area should be very appropriate. Until the coral can grow high. Nubbin that has size 3 cm need 9-12 months to grow a colony that have size as big as a fist. But, nowadays it has not known yet for comparison between the size and the transplant to know how much time is needed for proper cultivation. The possibility, that things is depend on the type of coral reef that is needed and the condition in that damage location. The donor area must have a similarity with the area for transplant, especially the environment condition. So, the area of cultivation’s condition must be appropriate.

The coral is reproducing by larva planula fertilization internally and follow the planation (releasing the planula to the nearby ocean). Coral can produce many eggs and larva, but most of the larva will dead. To avoid that problem, larva can be collected and grow for decrease the death rate. That larva is a source of valuable coral for restoration activity. The propagation of coral sexually has two benefit than propagation asexually.

The first benefit is lack of fragments needed so it lowers the side effect to coral reef donor, both genetic diversity is more assured. Because it is not a clone. The method is only using some colony or big fragment that is taken from coral reef. This coral reef brings to aquarium for spawning. Although, the colony can move after spawning, stress because of moving and transplantation can cause the colony’s dead. (see also: Facts of Dead Sea)

Larva that produce from planation or bulk of spawning can collected and growth in variable time before inserting to coral reef directly or inserting to substrate in aquarium. After inserting to aquarium, coral juwana will growing up to enough size so that the coral reef will survive when it is transplant in coral reef. This method still in an experiment stage and the technology that is used need expertise more than transplantation asexually.

There are two approaches to getting a larva, it is grown colony that will spawn is collected and maintain in big aquarium up to releasing planula or gamet, or when there is a bulk of mucous spawning containing larva that is collected from sea level every once or twice a year. That mucous is save  in situ or move to ex situ aquarium. If using the first method, the mucous can be save in tub shelter in ocean.  (see also: Effects of Ocean Currents)