How to Preserve the Sea 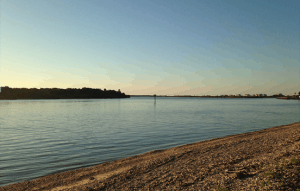 This difference is due to differences in underwater pressure, as well as the intensity of sunlight in the sea. As part of the Earth’s ecosystem, maintaining marine preservation is very much needed, because the sea is also one of the sources of water, as well as a temperature regulator on Earth. Ways preserve the sea include:

How to Preserve the Beach

Not only has the sea, the beach also has many benefits for humans. It is just that the coast is also experiencing damage by humans. Coastal ecosystems contain not only humans, but also animals and plants that also live on the coast. In the coastal ecosystem, there is a swamp ecosystem that also has unique characteristics. To prevent the beach from getting more damaged, here are ways to preserve the beach:

The Earth is not only a place for humans to live. Earth is also a place for flora and fauna. Maintaining the preservation of fauna and flora is just as important.

(Also read: 15 Importance of Sharks in The Marine Ecosystem)

You had already read the ways to preserve sea and beaches as long as how important those existence to our Earth. Make sure you start to take good care of them from right now.

7 Functions of Coral Reef Ecosystems for Humans and Marine Biota