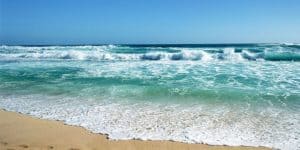 The planet of earth that we live on now consists more water territory or we may say that the number of seas on the earth are more than the mainland. The water territory especially the seas are not only unlimited resources, but also as the places to live for some creatures on the earth. It is important to know that not all creatures can survive in the deepest sea. Only certain animals and plants can be found in the bottom of the sea.

The process of removing the salt from the sea water then finally it can be consumed, called as desalination. The outcome of desalination process is the water with salinity less than 500 mg/i which is appropriate domestic, agriculture and industry. The other outcome of desalination process called as brine. Brine is high concentrated salt solvent up to 35.000 mg/i protracted salt. We will explain how to decrease the salinity of the sea water.

One of the ways to decrease the sea salinity is distillation. This is the most used and the first. Distillation method is done by boiling the sea water till evaporating. The fumes will have condensation and becomes clean water. There are some distillation processes, those are multistage flash, multiple effect distillation, and vapor compression that commonly use principle of decreasing the steam pressure of water so that the boiling can happen in a low temperature without any additional burning. In this case, there is a substance separation based on the evaporation differences and speed.

The other way to do it is by using membrane. At least, there are 2 kinds of membrane those are used for distillation process, those are Reverse Osmosis (RO) and Electrodialysis (ED). Desalination process using RO membrane is a technology from osmosis. Scientifically, osmosis is a process of a solvent molecule that will flow from low solute area to high solute passing by a semipermeable membrane. Semipermeable membrane is cell membrane. The solvent movement will go on till getting balance in the 2 sides of membrane. While Reverse Osmosis, we can say it as a coercion of a solvent in a high concentrated area to passing by membrane to a low solute area using a coercion which is more than osmotik coercion.

Reverse osmosis is encouraging solution to get through the filter that trap solute from one side while the other side is pure solvent. Water that contains salt will be filtered from the salt when passing by water – permeable membrane. Next, the result of the filtration will flow by the side of pressurized reactor as brine.

RO is commonly divided into 4 processes:

Shortly, reverse osmosis method is encouraging solution which is water of the sea to pass by the filter and trap solute in one side and get the pure solvent in the other side. This method actually has been done since 1970 to process sea water to be fresh water.