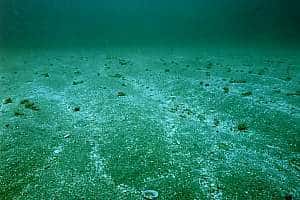 The ocean sediments are not merely just another form of sand. They hold valuable history, functions and properties that are significant to the world.

Though they may not seem to hold a huge role in the working of the ocean, they actually give a great impact to the marine ecosystem and all its living organisms. That’s why knowing more about them is important.

You can gain more insights through these 15 Characteristics of Ocean Sediments. Understanding their characteristics will give you more knowledge on how these sediments are more important than they seem.

1. Made from Organic and Inorganic Particles

Ocean sediments are a combination of fine organic and inorganic particles. They can be the result of a volcanic activity, weathering rocks, organism remains or materials from space. All these materials are accumulated for centuries and eventually end up in the bottom of the ocean. Often times, it’s tiny rocks and soil particles that are the most visible in the sediment.

Some ocean sediments are actually made up of red clay. This clay is also known as pelagic clay. The clay minerals are mostly found in the deepest parts of the ocean sea floor. Due to its isolated nature, it takes a long time for the clay to accumulate. In fact, this particular kind of sediment is the longest one to experience particle deposit in the ocean.

See also: Types of Soil in the Ocean

Classifying through visual analysis means taking a sample of the sediments. It’s followed by observing the composition and texture which can be done through a microscope. Descriptions of the sediments are written down. Detailed observation is done later on.

The ocean sediments can be classified according to their size. Specifically, it’s determined by how large or small the grains are. Once the diameter of the grain is measured, it can then fall under one of the class. Sediments can either be boulder, cobbles, gravel, sand, silt or clay.

The thickness of the ocean sediments can be different, depending on where they are located. For instance, there is only a small amount of sediments on new seafloor. However, it is thickest on seafloor that are old and close to continents because they have already been collected for thousands of years. Sediments are also thick near the mouth of rivers.

Sediments that are accumulated near the continents are much coarser. The smooth and fine particles of the sediments are more common when they are far from the continents. This is because of all the processes and weathering that they have gone through.

How do sediments end up in the ocean? They are carried by the winds, currents of the ocean, glaciers, river water or flowing ice. All these natural means serve as a characteristic that makes ocean sediments what they are. Without those processes, there may not be a lot of sediments in the ocean.

8. Cover Most of the Ocean Floor

Only a small percentage of the ocean floor has been explored. However, around 25% of ocean sediments is thought to cover most of the ocean floor so far. Most of them are the pelagic sediment. It’s the sediment that is composed of dead shells and marine organisms.

Another characteristic of the ocean sediments is that they also contain glass. Specifically, silicate glass. These sediments are often located near volcanic regions. Other than glass, the sediments may also have some volcanic rocks.

The distribution of ocean sediments across the oceans are not even. Uniformity would not be possible as the materials that will add up to the existing sediments come from different sources. Moreover, they are also processed and transported in different ways. The currents of the ocean give a great influence in how sediments will be distributed in the oceans.

The preservation of the components in ocean sediments can’t be exact. It’s unpredictable as it depends on how the chemistry of the ocean works at that time. This is why some sediments could undergo saturation at a faster rate than others.

Ocean sediments with large particles will erode at a slow speed. It’s because of the amount of energy that is required to carry them away. The currents of the ocean water must be strong enough to lift them off. Sediments such as clay are also slow in terms of eroding due to its sticky nature.

Benthic creatures are marine creatures that live in the deepest parts of the ocean. With the presence of ocean sediments, they can have a home. They can also survive since the creatures can use the ocean sediments as a hiding place to hunt for prey or hide away from predators.  Also, they can gain the nutrients that they need from the sediments since they can’t carry out photosynthesis.

Bioturbation is where ocean sediments are processed by marine organisms. Worms may burrow into it. Other organisms, such as the sea cucumbers, may go through them in search of nutrients. All those events rearrange the existing layers of the ocean sediments.

There are still so many things yet to be discovered about the ocean sediments. With advanced technology and development in science, more characteristics could be found in the future.

15 Use of Ocean Currents for Generating Electricity