Indonesia is an archipelago with more than 17.000 islands either big or small islands. Some of them are even unoccupied and unnamed. Most of Indonesian people itself do not recognize the islands in Indonesia. One of islands cluster in Indonesia is Seribu Islands.

This islands’ name maybe familiar for most of Indonesian people, but there are some of them do not know much about this islands, the location and the social life in this islands. In this chance, we will talk about Seribu Islands in more detail. 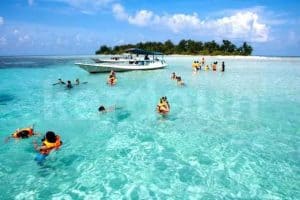 The district of Seribu Islands is in total 11,8 km². Based on its name, Seribu Islnad consists of small islands up to 110 islands either occupied or unoccupied. The mainland which is the capital of the district is Pramuka Island. The population of this district is 27.041 people (based on census in 2006) that live in 11 islands. Beside the occupied islands, some islands are set specially to be tourist destination like Bidadari Island. 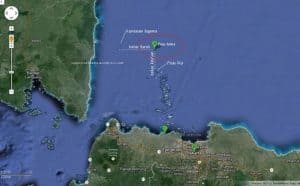 As mentioned before, Seribu Islands is occupied by more than 20.000 people. Like the other area with more sea territory, the livelihood of the people there is fisherman. Due to most of them are fisherman, the most developed trading is fishery.

Beside the fishery trading, the other sector that start to be developed in this district is tourism sector. Some of the islands which are prepared as tourist destinations are Bidadari Island, Onrust Island, Kotok Besar Island, Puteri Island, Matahari Island, Sepa Island, and so on. On those islands, a lot of accommodations are established like Homestay or inn.

Seribu Islands also consists of atolls. These islands was formed by the dead conch colony in the shallow sea. That’s why this islands is surrounded by beaches with a lot of mangrove forest. The sea of Seribu Islands are mostly shallow seas that have a lot of coral reefs and white sandy beaches. No wonder if a lot of tourists visit Seribu Islands.

Seribu Islands has hundreds of islands. 11 of the islands are occupied: [Ad

And some islands are developed for tourism activities:

Those are some islands in Seribu Islands district. Those islands are not all yet. However, there are still many more as it has around hundreds. I hope this information is useful for all.

5 Most Dangerous Islands in The World and The Facts