5 Most Dangerous Islands in The World and The Facts

In the planet of earth, there are various islands that have their own natural beauty and characteristics those are different each others. Most of the islands have green land and surrounded with blue sea that make it like heaven on earth. However, not all of the islands on this earth are beautiful and worthy to visit. Some islands are even applied restriction by local government due to security reason. We had better to know what islands are the most dangerous on the earth. Here is the list: 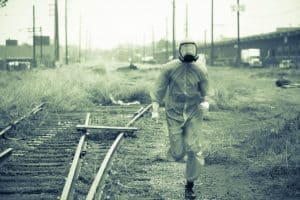 In these islands, there are 2 towns and 6 villages that live in Miyake – Jima Island. This island is not like the other islands commonly because this island has an active volcano and gets eruption frequently. The volcano is Mount Oyama. After the last eruption in 2000 to 2004, this mount periodically produce poison which is sulfur gas that forced the people to be evacuated in 2000 and returned in 2005 by wearing oxygen masker all the times.

When the sulfur gas increases, an alarm will ring and all people must wear the oxygen masker. If the sulfur gas is inhaled, for sure the respiratory system will blister. People in Izu island do not mind to live there because they are part of experiment of the research and get payment because they support this project.

Enewetak Atoll is an island which consists of coral with 5,85 km² width. During World War II, between 1946 till 1958, this island was used by America as the location for nuclear experiment. This nuclear experiment exploded 1 bomb of which explosion power is stronger than the bomb dropped in Hirosima. As the result, the effect of the nuclear explosion contaminated food, plants, land and sea because of the radioactive. So that some babies were found being born abnormally. That’s why US government built a Cactus Dome in 1979 to isolate this island and around 800 people were evacuated.

Still in Marshall islands, there is Bikini Atroll which is well known because its undersea beauty. Since the nuclear explosion, this island was affected by the radiation. Some fishes were contaminated so that it can’t be consumed as well as coconut and the water there. Due to this island is still unsafe to visit till dozens years later, Bikini Atroll in fact becomes habitation for sea creatures like hundreds of sharks and other types of fish that can survive from radiation poisoning. 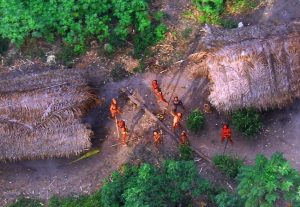 This island has been isolated for around 60.000 years. People in this island do not contact with other people as well. A lot of researchers and people have tried to learn the culture and to contact with local people. But nobody has succeeded yet. The people in the island is called Sentinelese Tribe. Indian government has warned everyone who wants to visit that island. The Sentinelese Tribe do not hesitate to attack and even to kill everyone who come to their island. A murder happened to a tourist, John Allen Chau, on 24 Novembr 2018 which was done by Sentinelese Tribe. They killed using arrow and spear.

Sentinelese Tribe also attack boat and chopper that come to this island. They throw using arrow with fire and make the stranger falling down and even killed. Nobody may land on this island. 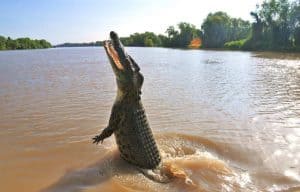 The location of Ramree Island is close to Myanmar and it is part of Myanmar. During World War II between Japan and England, this island was very well known. In 1945, around 1.000 Japanese army were fighting the British army. They were forced to survive by hiding in the mangrove forest. Unfortunately, the Japanese army was unlucky because that area was the habitat of hundreds saltwater crocodiles and around 400 army defended there.

This incident was recorded in The Guinness Book of World Record as the biggest human murder by animals. Ramree Island is the habitat for 20 feet saltwater crocodiles and they can eat a man in one time attack. 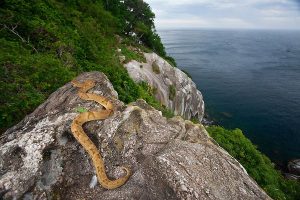 Brazilian government actually has applied a strict restriction and regulations for the visitor who come to this place. Nowadays, only Brazilian navy that is permitted to patrol  around Ilha Da Queimada island that is ordered to take care of the mercurial  annually. Beside that, the researcher and the Biologist who have special permit to research the snakes of Golden Lancehead Viper, they must have a doctor in every official visit.

Anyone is interested to visit one of the islands above?

11 Biggest Archipelagos in The World