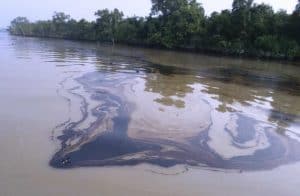 In everyday life, we ​​consume water to fulfill the needs of our body. The water we consume comes mostly from water inside soil layer, or we usually know as groundwater. The majority of people think that the quality of groundwater must be good, because the water is protected inside the soil and has been filtered rocks of the earth’s layers. But the fact is not all groundwater has good quality There are several sources of groundwater that are polluted. What exactly is meant by groundwater pollution?

Also Read : 9 Components of the Hydrological Cycle and their Descriptions

Definition and Characteristics of Groundwater Pollution

The next cause of groundwater pollution is leachate. Among us there maybe some who have never heard of leachate. Leachate water is one type of water that is in the soil layer with depth of about 2 meters from the ground surface. Why is this type of water dangerous? Leachate is used as open dumping in landfills, so that groundwater sources around the landfill can be polluted by ammonia, nitrites and other substances contained in leachate. Groundwater contaminated with leachate will experience an increase in temperature resulting in an acceleration of chemical reactions in the water. Not only changes in temperature, leachate water also causes changes in the color and smell of ground water.

Groundwater pollution has a negative impact on human life. Among the negative effects are:

The first way to handle groundwater pollution is remediation. The activity that needs to be carried out in this remediation system is to restore the surface of the land that has experienced pollution. This restoration is done by cleaning the soil surface from pollutants. Remediation can be divided into 3 types namely in situ remediation and ex situ remediation.

Definition, Process, and Example of Famous Hot Springs in the World