Home » earth » What Happens If the Water on Earth Is Run Out?

What Happens If the Water on Earth Is Run Out?

The life of living things on Earth includes: humans, fauna, and flora cannot be separated from the role of water, starting from the needs for consumption such as food and drinks, for household needs, cleanliness of the body, and small industries to the needs of large industries.

Water is the most interesting element to explore. As we know, water is a substance that is liquid, has no taste, has no odor, and is colorless. According to various studies, water has only been found on planet Earth, though space researchers have conducted research and exploration with various tools and robots to space objects and planets around the Earth.

Facts about Water and Its History

Do you know if the majority of the Earth contains water about 70% of the total elements on Earth? This percentage includes all water in various segments of the Earth’s layers such as groundwater, seawater rivers, on lakes, in clouds, and falls back into the rain. But do we know where water first came from? Or what is the history of water on planet Earth, why does it only exist on Earth?

Water based on chemical reactions is a mixture of hydrogen and oxygen and is referred to as H2O. According to the researchers, the water that existed on Earth first came from the Big Bang explosion about 14 billion years ago. Then from this incident produced the planet Earth with a complicated process so that until now it is still a debate among scientists and researchers.

A researcher named Adam Sarafian of Woods Hole Oceanographic Institution (WHOI) found that the oceans had existed far longer than previously thought, at a time when the solar system was being formed. So, it is not surprising if the planet Earth gets the nickname as a blue planet.

Scientists suspect that at the age of the planet Earth was still young, the planet’s condition was dry and without water at all. However, due to energy from the center of the Earth, it made the Earth’s surface melt. But there are also those who believe that water appeared and flowed on the surface of the Earth because it was caused by a comet collision.

While geologists claim that water molecules can exist on Earth because of the process of evaporation or wind blowing from space, other researchers not only analyzed the elements in the Earth but also in space such as the influence of meteorites and asteroids. One of them is the asteroid Vesta, which is around 14 million years old. It was found that the Vesta asteroid has a reserve inside the space object. Researchers suspect that this asteroid is the forerunner of water that exists on Earth. After some time, researchers also discovered that the shape of Earth’s rocks has content similar to the asteroid Vesta.

Impact of Disappearance of Water from the Earth

If we discussed earlier how water appeared or formed on Earth. Imagine if, on Earth, this would run out? The irony is that the water we use and see so far will decrease with the times and world population growth.

Have we ever thought that the water on the face of this Earth which is 70% compared to other Earth elements, disappeared or vanished from Earth immediately? What will happen to the Earth and living things in it? Some of us may tend to underestimate the presence of water on this Earth without guilt wasting clean water, not saving it, and so on. If water on Earth disappeared overnight, then the effects that would occur: 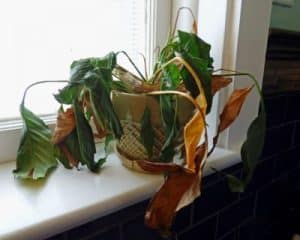 Some time ago, there was a 100-foot landslide in the last 100 years in California caused by a decrease in groundwater volume. That makes the Earth’s skin layer thinner. This phenomenon also has an impact on tectonic plate movements and can eventually cause Earthquakes.

Research each year also shows a reduction in groundwater which makes the mountains of the Sierra Nevada high, in Spain a few millimeters increase. According to the facts outlined by the Central Intelligence Agency (CIA) Although 70% of the Earth contains water but only 3% of fresh water supplies and less than 1% are freely available. The remainder is in the form of ice as in the north and south poles, the top of the Ice Mountain, glaciers, and snowflakes that will drop.

Even water that is difficult to find in some regions has created a humanitarian disaster as millions of people die every year because of diseases that can be prevented by drinking clean water. Trees can no longer carry out photosynthesis because the source of water as one of the main ingredients of the process disappears. In other words, the trees will soon die, oxygen will no longer exist, and the impact that humans will no longer be able to breathe. It is conceivable that living things will experience a catastrophe that cannot be prevented, a massive reduction in living things will inevitably occur. 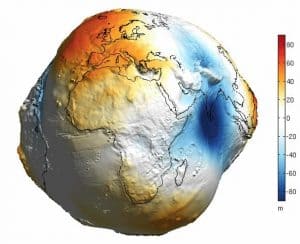 Then what is the shape of planet Earth without water? Imagine seawater disappearing so the terrain or land on which we stand will feel very high because we can immediately see the deepest underwater base because the water has disappeared. The two poles will be destroyed and will only leave rocks and the contours of the land that are dry with mountain rocks.

There will be no more clouds that will decorate the sky and circle the Earth again which results in no rain or snow falling as it always does in every season. Apart from the weather and snow that we will not find when there is no water on Earth is a storm and thunder. Planet Earth will soon change from a blue planet to a brown planet because of the surface of the Earth that turns into a desert.

Before other water sources found in various plants, especially tropical rain forests, humans will immediately hunt for water supplies. Humans will fight each other and there will be an impact on resilience and peace in a country. They will hurt each other and fight over fruit and plants that have water content, in short, a country will no longer exist, or it could be that fellow families will fight over each other with water sources that still exist.

Another impact if the water disappears from planet Earth is an increase in temperature on Earth. The ocean is the best source of carbon sequestration. When there is still water on Earth, it can prevent geothermal heat so that the temperature only reaches 36 degrees Celsius. If the planet is excess carbon dioxide and there is no water, global warming cannot be avoided. In other words, the temperature on Earth will feel burning and can hurt human skin.

That is the explanation if the Earth we live in is losing water. Hopefully, it can help all of us to try to protect the Earth from future damage.

Explanation of the Process of the Drizzle and Its Types