Home » earth » The Characteristics of Antarctica 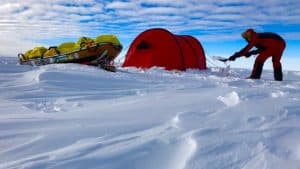 Based on the record, the winter peak with temperature below -40º C (in the coast) and -70º C (in the inland) is in June, while the summer comes in December. Flora and fauna that live in Antarctica continent are fungi, algae, some moss varieties, penguin, nematode, seals, sea lions, and whales.

Beside that, based on the exploration done by some countries that did researches in Antarctica continent, this continent is divided into 5 territories, those are:

Antarctica continent has some characteristics those are different with Arctic continent on the Northernmost of the earth. Those are:

6 Lakes in Papua That Are Too Good to be Missed