Home » sea » Be Aware! The 9 Most Dangerous Seas in The World 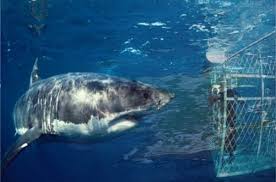 It’s about 70% of our earth consists of seas. Some of the seas have beauty which is better than the one on the mainland. Each country has its own beautiful and unique seas. Some of them even have mystery and danger so that we need to watch out when visiting them.

The sea which is close to Indonesia in fact is one of the most dangerous seas in the world. A lot of incidents are recorded and 239 incidents happened in 1999. Ships and planes accidents are normally because the climate that changes suddenly. and it is dangerous for cruises and flights passing by The South Chine Sea.

When we see from the top, this blue hole looks very beautiful. However, behind its beauty, there is a danger that hunts the divers. The Great Blue Hole was made of the ruins from the river channel located in Belize offshore exactly in east coast of middle America. The Great Blue Hole becomes the most dangerous sea because there are stalagmite and stalative that can fall in anytime. And frequently comes the sea wave that changes The Great Blue Hole as a water a water rotation that can draw everything on the surface. Not only that, inside The Great Blue Hole there’s a habitat for sea animals such as giant grouper and sharks.

One of places in Mexico has a very dangerous sea exactly in Boa Viagem. It is recorded that this place frequently got attack by sharks. Those sharks use the trough in the sea side as a migration route and hunting area. No wonder that people who are doing activities in this area may have attacked from the groups of sharks.

Gansbaai is a popular fisherman’s village in Western Cape, South Africa. This village offers beautiful sea view and extreme tourist attraction which is swimming with the most savage shark in the world, white shark. That’s why the researcher from the world come to this place to do research on white sharks. If you visit and decide to swim in this area, you must be careful and you had better not to swim when the walrus are breeding because the white sharks will come to the water surface to hunt the walrus.

Beside in America, Egypt has also beautiful blue hole exactly in Dahab. This blue hole in fact has killed a lot of divers who tried to swim into this hole. It has been recorded around 130 to 200 divers dead when diving and it is still not known yet the cause of the divers’ death. However, most of the divers dead after having nitrogen narcosis or lost the consciousness due to effect of high dosage nitrogen after diving in 20 meters depth.

If you think that the southern of this earth is ice land only, you need to re-think. There are some seas those are also dangerous. The ships passing by this sea territory for sure will meet giant ice stones. It is a disaster for a ship that got damage during the cruise. And never hope any help in this territory because it is impossible. Beside the ice cuts, high wave and wind frequently come to this area.

Almost a quarter of the world water territory is part of Indian Ocean. As the warmest ocean in the world, Indian Ocean also frequently gets tropical storm especially monsoon and cyclone.This is surely dangerous for flights and cruises passing by Indian Ocean. However, there is still another threat in Indian Ocean that is pirate groups that dominate this territory. These pirates are from Somalia and frequently do piracy to cargo ships and fisherman that cruising around Somalia area. The pirates do not hesitate to take hostage the ship crews to ask compensations. No wonder if a lot of cruise industries refuse to pass by this area or the company must pay more to operate in Indian Ocean.

As the second biggest country in Australia, Queensland has beautiful and well known sea view especially marine tourism of Pacific Sea and Coral Sea. However, it every year gets attacked by square jellyfish that live in the north sea of Australia. At least 70 deaths have happened since 1883 ad this attack happened between October and April. The square jellyfish produce poison that cause heart attack for the swimmer in his area.