Home » Ocean Facts » Layers » Types of Sediment Based on Its Sources

Types of Sediment Based on Its Sources

Recalling your memories of chemistry classes, do you still remember about  sedimentation? Simply said, the word sedimentation refers to the process of deposition of material as a result of erosion. The cause of this erosion can vary, either because of ice, wind, water or glaciers. Actually, there are many elements that surround it. But in principle, this sedimentation occurs because of the transport of material from erosion by a particular medium and brought to a lower place.

Based on the source and the causes, sedimentation is divided into 3 groups, namely: 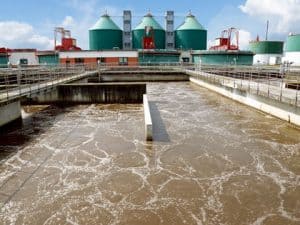 Sedimentation in this group is caused by streams of water carrying mud and other materials which are the result of erosion to lower areas. The area of ​​sedimentation by water is generally in reservoir, situ, lakes, coastline, ocean floor, river estuary, and other waterways in the lowlands. Sedimentation by water, in certain conditions, will be detrimental. If it goes on continuously, there will be silting of rivers, reservoirs, and also situ.

Erosion deposits that accumulate in river mouths or coastal banks are known as deltas/sandbanks. It is a land on the mouth of a river formed by river deposits. Meanwhile, what is meant by sandbank is nothing but a pile of mud from the ground or mud on the beach. This sand can be seen poking at the surface of the sea especially when the water is receding. When installing, the sandbank sinks again.

There are conditions where chunks of ice or glaciers roll from high to lower areas. This event is also included in the scope of the meaning of sedimentation because the ice roll erodes the rock as well as the land that it passes. Finally, the material will settle in the valley where the glacier ends. The term to mention the results of glacier sedimentation is Morain.

The wind that blows also brings material in the form of sand and dust. This material will accumulate and is called the name of the lost ground. This land tends to be fertile and suitable for farming medium if the water system is good. In the desert, materials carried by the wind will also settle and form sand dunes.

The South China Sea and the Conflicts that Occur

What Happens If Earth Run Out of Water?