17 Types of Seaweed in the Great Barrier Reef

Seaweed is a marine macroalgae organism. It is often found around the areas of the coasts region. Most of the time, it is also found growing near areas with an adequate amount of rocks or corals. The seaweed organism is divided into three types of algaes. These algaes are the brown algae, the red algae and the green algae.

The brown and red algae are seaweed that are commonly growing in the sea water. As for the green algae seaweeds, they are more often found in fresh water. Below are the 17 Types of Seaweed in the Great Barrier Reef. The Great Barrier Reef is a famous reef found in Australia where it has become a habitat for thousands of marine species. 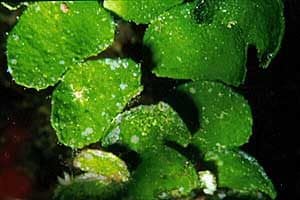 Halimeda is a species of seaweed that is most often found in the north-eastern part of the Queensland in Australia. They form beds of seaweed on reefs where they can get flowing water that is rich in all sorts of nutrients.

They have a high need of water rich in nutrients so they can continue to grow healthily. Halimeda is known as the most active growing seaweed bed formation in the world. However, they are inedible due to the calcium carbonate that they contain in their tissues. 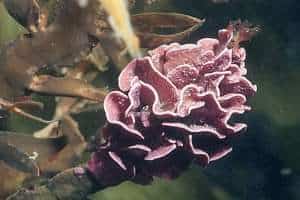 This species of seaweed is actually a red algae. They have a hard exterior due to the calcareous materials that are inside their cell walls. There are plenty of marine animals that feed on this seaweed species including mollusks, sea urchins and chitons.

Therefore, they are an important part of the reef. The colour of the Coralline algae is mostly pink but it may come in other colours too such as red, purple or even yellow. 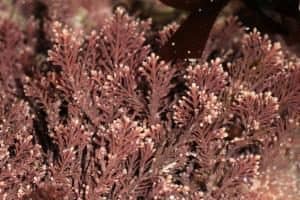 The colour of this seaweed is pink with a hint of white due to the the calcium carbonate that they contain.They are also important to the marine animals living in the reef, especially the small ones, because they feed on Corallina officinalis. 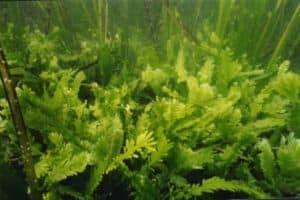 This seaweed may form toxins in waters that are warm. Since the marine animals do not have they immunity to fight off these toxins then they could be in grave danger if they ever consume the Caulerpa. Other than those features, the Caulerpa seaweed is known to have a speedy rate of growing. The seaweed may grow in large amount within a short time. 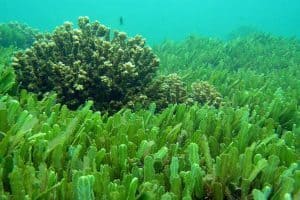 Chlorella is a species of seaweed that is famous for its health benefits. Thus, they are often harvested for health related consumptions.

Chlorella has a very high amount of nutrients, vitamins and minerals. Other than that, this seaweed is also said to have the highest amount of chlorophyll among other kinds of seaweed in the world.

For that very reason, this seaweed has even been chosen as one of the first growing food in space stations for NASA. 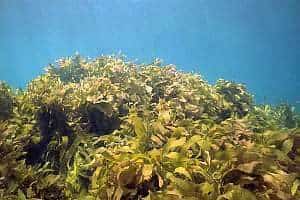 Ecklonia Radiata is a brown seaweed that contains many useful compounds that ward off radicals. Those compounds are often extracted to be used in various kind of industries.

The industries include the biotechnology industry, the food industry and the pharmaceutical industry. Other than that, the Ecklonia radiata contains many vitamins.

The Ecklonia additionaly also contain plenty of  carbohydrates, iron and all sorts of minerals. The Ecklonia radiata is often found growing in the parts of the reefs where the water can be quite warm. 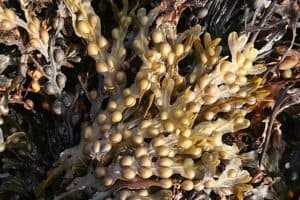 The Phyllospora comosa is a seaweed of brown algae. It prefers to grow where the water has a bit of a low temperature.

The seaweed is used to be found in the most southern parts of the reef. It can be quite long, reaching up to 2.5 metres in length. They may even form forests with one another. However, many of their population has begun to decline. Some has even completely disappeared. There is project running that aims to restore this seaweed.

The Macrocystis pyrifera is a species of seaweed of brown algae too. The length of this seaweed is a great one.

This seaweed may reach 45 metres of length. Reportedly, each day the seaweed grows around 60 centimetres. The Macrocystis pyrifera is also known to form forests with the other similar species of seaweed. That is the main reason why it is an important seaweed in the reef. The forest helps to protect and give habitat to many marine animals. 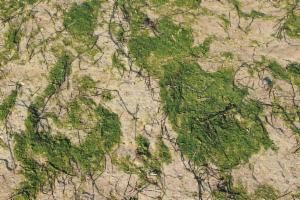 The Ulva compresa prefers to grow on rocky areas of the reef. This species of seaweed is very safe to eat. Many marine animals eat it and so do a lot of humans. 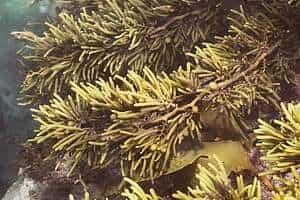 The Hormosira is another kind of seaweed of brown algae that grows in the Great Barrier Reef. The texture of this seaweed can be a bit of slimy.

The reason for this is to make it easier to store more moisture. Hormosira seaweed is crucial to the reef.

The Hormosira seaweed  becomes a source of food for many marine animals including crustaceans, sea urchins and some fish. Moreover, this seaweed also provides protection to the marine animals if they ever come across a predator coming after them. 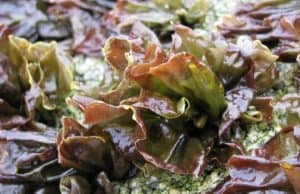 The Pyropia columbina is an edible seaweed which can be eaten in its raw form. It may also be sprinkled on top of other kinds of food. It is often compared to other edible seaweed such as the Japanese Nori. 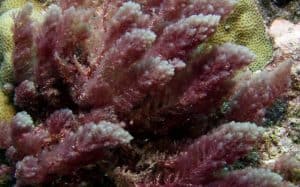 When dried seaweed is added to the diet of a cow, it could reduce a huge amount of methane that the cow produce. The methane production could reduce 99% of methane in cows. Thus, the seaweed could help in reducing the greenhouse gas emissions. 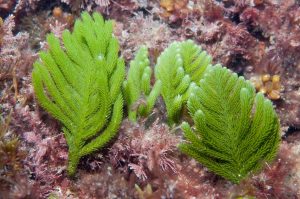 There are leaves that neatly grow on the stalks. The Caulerpa taxifolia may hinder some species of fish and other predators from eating it because of the chemical it contains. The chemical is called caulerpicin. 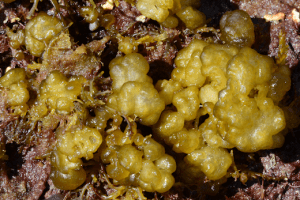 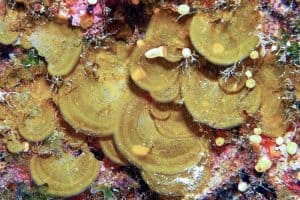 They may often be found moving along the currents of the water. The seaweed thrives in the shallow areas of the reef as well as hard corals. It may also be found in the sandy areas. 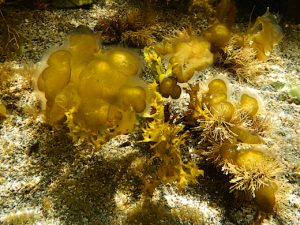 The Colpomenia is another species of seaweed in the reef. It has other names which are Bladder Weed or Oyster thief. The Colpomenia peregrina actually falls under the category of brown seaweed. The surface of the seaweed is thin but smooth.

Due to the thin nature of the seaweed, it is often found torn when the seaweed grows older. The colour of the seaweed might be yellow or brown. Similar to the Leathesia difformis, this seaweed is also easily crushed with the fingers. 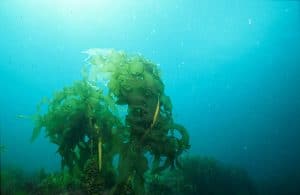 We can see that seaweeds fill a crucial role in the Great Barrier Reef. They provide food and shelter to many marine species. They are also useful to humans, providing food and medicines.

17 Types of Dolphins In the Great Barrier Reef