Vegetation is a group of plants that live in an environment with enough resources for it to stay alive. There are different kinds of vegetation in the ocean. Most of these Plants in the Ocean Biome actually need a huge amount of sunlight to reach them and the right level of salinity so they can continue to grow. Here are 15 Types of Ocean Vegetation. Read on to find out what the vegetation are and what makes them so important to the ocean. 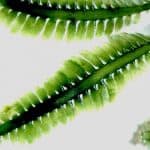 Killer algae is a type of invasive species algae. The algae has the appearance similar to a fern plant.

This particular vegetation is dangerous to the habitat of the ocean as well as to the marine creatures. Killer algae is able to release a special kind of toxin.

This toxin can cause serious harm to the fish that eats it. The Killer algae is actually a native plant of the Indian Ocean. Somehow it has end up growing well in the other parts of the world’s oceans. 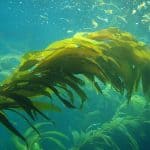 Seaweed is a common vegetation that grows in most of the oceans in the world. There are even numerous Types of Seaweed in the Great Barrier Reef. A seaweed is a group of many algae or phytoplankton.

Seaweed needs really salty water to live. Other than that, this vegetation relies heavily on sunlight to survive because it needs to carry out photosynthesis.

Most seaweed floats freely in the ocean’s waters. Many marine creatures like to feed on seaweed. Humans have also found many usage for seaweed. We use seaweed for various kinds of purposes such as medicines, cosmetics or food. 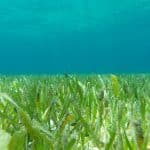 Seagrass is a similar vegetation to the seaweed. The seagrass plants also need a lot of sunlight to thrive in the ocean water.

Seagrass has roots and these roots are planted firmly into the floor of the ocean. This particular vegetation is very important to the ocean. It offers a shelter or a suitable habitat for the marine creatures.

Moreover, it serves as food for the manatees. Another important role of this vegetation is providing protection for those who are chased after their predators. The leaves are perfect hiding places for the marine animals. 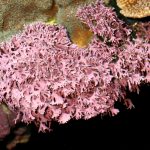 Coralline algae is an ocean vegetation that grows over the rocks in the water. Unlike most plants in the ocean, this particular one has a very hard texture.

It is tough just like the rocks that it takes over. Coralline algae is a crucial vegetation that helps in the growth of the coral reefs all over the world.

It provides a firm and strong structure to support the species in the coral reefs. Sometimes the vegetation would also grow over some of the corals to protect them. 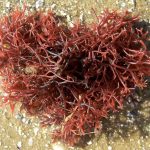 Red algae is a vegetation that grows best in the warm water of the oceans. Therefore the species is more abundant in the tropical oceans of the world.

The Red algae has been around the oceans for a very long time. The growth of this vegetation records back to almost 500 million years ago.

The red coloration of the algae is caused by a pigment in the algae. It causes the plant to reflect red light and take in more blue light. The pigment enables the algae to carry out photosynthesis. 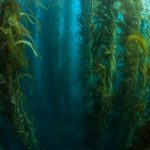 Kelp is a vegetation that is easily found in a most of the oceans in the world. However, the different Types of Kelp grow best in waters with low temperature.

Kelp vegetation is among the fastest growing vegetation in the ocean. The colour of Kelp is commonly brown and floats in the water like branches.

The Kelp vegetation helps marine animals to find a place to live. Many of them like to consume it as food too. For humans, Kelp is most useful for increasing the quality of soil. It acts as natural fertiliser. 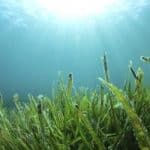 Phytoplankton is a vegetation so small that the naked human eye can’t even see them in plain sight. However, these small plants have very huge benefit to the ocean.

Phytoplankton holds the role as the very basic beginning of the marine food web. Similar to the other kinds of vegetation, phytoplankton needs sunlight and nutrients so that it can grow properly. Although hard to see, phytoplankton actually floats among the water surface of the ocean. The most important point is Phytoplankton is one of decomposer of the ocean which keep the balancing of ocean life 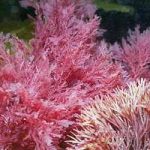 The Irish Moss is a vegetation that is common the Atlantic Ocean. It can also be found in the waters around Europe and North America.

The Irish Moss contains quite a large percentage of minerals and proteins. Thus, some people do like to consume them in various recipes.

It turns to jelly-like texture when cooked because it turns soft when it touches a lot of water. The Irish Moss is a vegetation that grows best among the rocky areas of the ocean. The colour of the vegetation can vary from being yellow, green red, purple or brown. 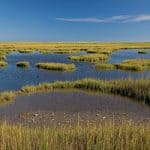 These plants include grass, herbs or a small group of shrubs. The salt marsh vegetation is important in maintaining the sediment along the coastlines.

The various plants inside the marsh help to hold sediment through the roots. Thus, the ocean can avoid having too many sediments in it. Moreover, the salt marsh vegetation offers the ocean some of its nutrients. 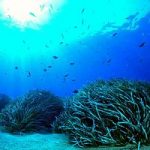 Another type of vegetation that grows in the ocean is called Posidonia. There is an abundant population of Posidonia that thrives in the deepest parts of the sea floor.

The vegetation is so abundant that it forms a lush meadow in the ocean. This vegetation consists of plants that are green in colour.

Other than that, they are also very long and sharp. The Posidonia actually produces fruits that some marine creatures eat. But the Posidonia needs constant sunlight exposure to ensure a fully functional photosynthesis. 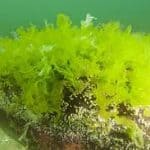 Sea Lettuce is a common vegetation in the ocean. The leaves of this plant is blunt and quite wide at the end.

This particular vegetation likes it best when it can grow over hard rocks or shells. The colour of the Sea Lettuce is very bright green.

But when the plant dries up, it changes its colour to black or even white. Sea Lettuce serves as a diet for many marine fish. Humans can also consume this vegetation too as it is edible. In fact, a lot people in Japan, China and Scandinavia eats the Sea Lettuce. 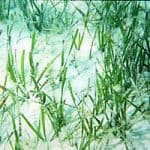 This vegetation is a small plant that grows up with branches. There are small fruits on the plants like pears.

The Widgeon Grass is a vegetation that grows best in salty water. However, there have been reports that this grass can also live in fresh water.

You can find a lot of Widgeon Grass along the coastlines as the vegetation is very common. It must stays under the water at all times and the oxygen level must be adequate enough for it to survive. Low oxygen will cause the vegetation to die. 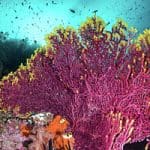 The Red Sea Whip vegetation is one of the oldest types of vegetation in the ocean. It grows in a lot of the tropical oceans.

The Red Sea Whip can grow individually or among a large group of its own kinds. The vegetation is quite thick.

The colour of the Red Sea Whip can either be red, yellow or purple. Although the Red Sea Whip is native to the oceans, the plant has also become a favourite among those who like to collect species in their aquariums. 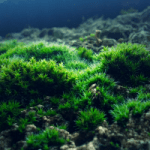 Moss is also an ocean vegetation that can actually form a lush mats in the ocean floor. But it prefers to grow over rocks.

Moss is made up of tiny leaves with a lot of nutrients. Moss do not produce seeds but it does have spores that help it to continue growing in the ocean.

Some species of plants that form the moss are small while some are large. The tallest moss vegetation is called the Dawsonia. It is able to grow up to around 50 centimetres. 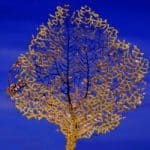 Sea Fern is a vegetation that prefers to form over coral reefs of the ocean. It also grows best in areas with a lot of rocks.

This vegetation has structures like feathers with branches. The branches are so small, averaging on only 5 centimetres.

Although this vegetation looks harmless and peaceful, some of the Sea Fern can actually cause stinging which could be painful. Besides that fact, humans actually use sea fern for many cosmetic purposes.

Many of the ocean vegetation provides a safe environment and habitat for marine animals to thrive. Other than that, humans use them for food production and cosmetic purposes. To keep these important vegetation alive, we must always ensure that the ocean is always in good condition.