There are many kinds of rocks that make up the component of the ocean crust. These rocks are then further broken down into smaller pieces called stones or pebbles. These stones are still found under the earth’s crust. Some can be seen in the deep parts of the ocean floor. Others end up on beaches or the shorelines by the waves that carry them. Here are 15 Types of Ocean Stones along with a short explanation on each one of them. 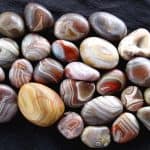 The Agate stone is often found among the shorelines. It’s made up of a silica called chalcedony. The stone is smooth. It is available in a wide range of colours. The colours and the patterns on the stone depend on its formation. The overall mineral component, pressure and temperature affects a huge part of the Agate stone appearance. There are usually parallel lines on the stone.

Other than that, Agate stone is mostly translucent. No matter what colour the stone is, the stone will appear to be shiny because light can pass through the stone.

This process often occurs at sea floors near the boundaries of the tectonic plates. The colour o the Serpentinite stone is usually green. Others could come in yellow, grey, brown or even black. 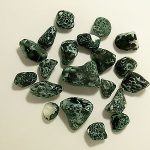 It ends up in most shorelines of beaches. The surface of this stone could be opaque but sometimes it can be quite translucent. Most of the Chlorastrolite stones are small in size. It is rare to find this type of stone in a huge form. 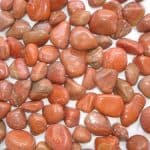 The Jasper stone is a stone with a pattern of spots all over it. The colour of the stone is usually red. However, the Jasper stone can also be found in the colour yellow, green or brown. The appearance of this stone is opaque.

The Jasper stone is made from minerals such as iron and chalcedony. Many people try to find the Jasper stone to smooth it out even further. Then the stone is often used as a gem or even turned into a vase. 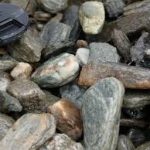 The Schist stone is made from various kinds of minerals. These minerals include talc, graphite, micas and chlorite.

The Schist stone formation only happens when there is a high temperature. The Schist stone is further divided into different types depending on what mineral is the most dominant in the stone.

Apparently, the Mica Schist stone is the most abundant one than the other types. In the stone, the grains are able to observed with the naked eye. The grains are caused by the pressure and heat applied during the formation. 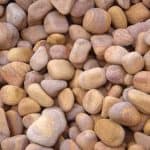 Sandstone is a stone that is made up from small particles of minerals. It consists of a component similar to a cement that holds all of its minerals together. The cement component could either be silica or calcium carbonate. The colour of sandstone varies. It can be brown, red, pink, grey, white, yellow or black.

Most of Sandstones are formed when sands are accumulated in different places. One of the places could be in the ocean water. Once all the sands have settled, the pressure will make it more compact. 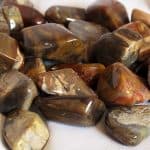 The Petrified Wood stone is a very solid stone and always opaque. The colour of the stone is usually gray or very pale brown. The pattern of the stone can be recognised from parallel lines that go across it. 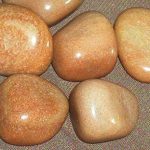 Feldspars stone is made up from the magma of a volcano. As the magma begins to crystallise, it forms veins on the stone.

Other components of the stone include potassium and aluminum silicates. The minerals inside the Feldspars stone are actually a huge part of the continental crusts.

They make up 41% of the crusts. The colour of a Feldspars stone could be pink, white, brown or grey. The stone has white streaks on it. 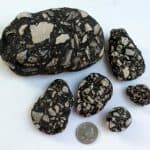 A Conglomerate stone has the components of clay, silt or different kinds of sand. These varying components are a mixture called the ‘matrix’.

Furthermore, the mixtures are stuck together by other elements. The elements include silica, calcium carbonate, iron oxide or clay. The formation of the Conglomerate stone starts a normal sized pebble. 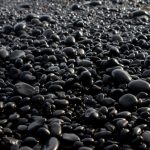 The Basalt stone formation happens when lava is exposed to a quick cooling. The basic composition of Basalt stone is silica. The stone plays an important role of making up the ocean crust. It also makes up a part of many volcanic rocks in many islands. The colour of Basalt stone usually varies from grey to black.

However, it does have the ability to turn brown when oxidisation happens since it also contains iron. The most common place where the Basalt stone can be found is in the depths of the ocean floor. 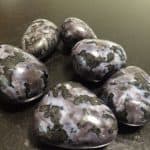 Gabbro stone is a dark stone that is similar to Basalt. The formation of Gabbro stone happens when a magma cools down under the Earth’s surface. Thus, it also makes up the component of the ocean crust. The Gabbro stone composes most of the crust in mid-ocean ridges. Gabbro stone is made up of nickel, cobalt, silver, gold, platinum, chromium and copper.

Diabase stone is also widely known as Dolerite stone. The stone contains a high amount of crystals and minerals. Some of the minerals are chalcopyrite, chlorite, serpentine and calcite. Other than those elements, the Diabase stone also contains tachylite. Tachylite is a volcanic glass that occurs during a rapid cooling. The colour of tachylite glass is brown or black with a luster to it.

Granite stone forms when the magma under the surface of the Earth slowly undergoes crystallisation. Granite stone is mainly made up of quarts, mica and some other kinds of minerals. Those components give the Granite stone a wide range of colour. Granite stone can be gray, white, red or pink. The grains on the stone is visible just by looking at it with the naked eye.

The Granite stone emits radiation naturally. Some have a lower rate of radiation while some have a high rate which is a cause of concern. 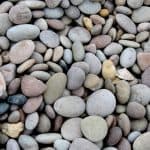 This stone type is quite popular. The common colours of the Budleigh Salterton Quartzite stone is purple, red or white. As for the red colour of this type of stone, it depends on how much oxidation occurs. This stone has a tough and solid structure. It is so solidly cemented that even metal cannot form a scratch on the surface of the stone.

There are grains on the Budleigh Salterton Quartzite stone. The sand grains are fine grains that appear to be mostly white but they can also be in darker shades.

The Flint stone mainly consists of silica and chalk. The stone is easily recognisable by the rings forming on the surface of the stone. The rings or bands are caused by the silica.

Although some of these stones could be quite rare or only exclusively found in certain places, you might still be able to encounter most of them. The next time you visit the beach, you might have the chance to find one.