A parasite is a creature that attacks and latches on other kinds of creature in order to gain something from it. Inside the waters of the ocean, there are plenty of parasites that float around the marine creatures. The parasites often affect these creatures in numerous ways. Moreover, they can cause disease or even death. This article gives you 15 Types of Ocean Parasites so that you can know more about what these parasites are. 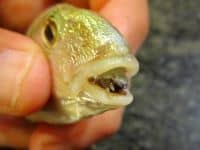 The Tongue Eating Louse is a parasite that replaces the tongue of its host. It is most commonly found in fish.

The parasite enters the body of the fish through the gills. Once the parasite has successfully entered the fish, it goes straight to its tongue. The parasite bites on the fish’s tongue causing it to lose a lot of blood.

Then, the parasite attaches itself to become the fish’s tongue instead. The fish can still use its tongue but it experiences malnourishment and it becomes underweight. 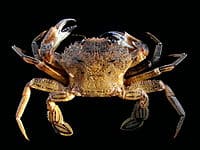 The Rhizocephalan barnacles are parasites that attacks different Types of Ocean Crabs. The barnacles would enter a crab’s body system and suck out all the nutrients inside.

Other than that, the Rhizocephalan barnacles can cause serious damage to crabs. They are able to take over the crab’s body function. 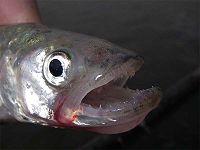 The Glugea stephani is a type of parasite that invades many fish species, even the Types of Small Ocean Fish. The parasite is so small that it mainly attacks the cells of the fish.

From then on, the parasite is able to destroy the fish’s tissues and most of its organs. Two of the most common damaged organs caused by the parasites are the kidneys and the liver.

Glugea stephani delays the development of ovaries in fish. Moreover, it also lowers the quality of the blood inside the fish. 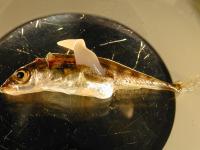 The Schistocephalus solidus is a type of parasite that is in the form of a tapeworm. The tapeworm is hermaphroditic in nature.

Marine animals can be infected with the parasite by accidentally consuming the larvae of the parasite that floats in the surrounding water. When a fish consume a larvae, the tapeworm will grow inside the fish.

The size of the tapeworm is big and it begins to attack the fish’s brain. Various Types of Ocean Birds  will consume the infected fish and become infected as well. The parasite passes on its eggs through the bird’s faeces which will end up in the ocean water. 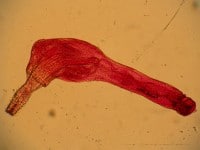 The Botulus microporus is another type of parasite in the ocean. This particular parasite is in the form of a flatworm.

It is a huge parasite that attacks fish, sea snails and mollusks. It might even be able to infect the body of a shark who has consumed an infected fish. The parasite often latches on a specific body organ of its host which is the intestines.

It lives there for a long period of time. The colour of this parasite is reddish pink. It looks a bit slimy too. 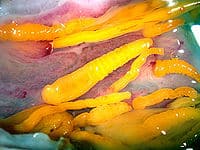 The Cod worm is a parasite that specialises in sucking the blood of its host. It mainly attacks a Cod fish.

The colour of the Cod worm ranges from being white that is almost creamy to a dark shade of brown. When the Cod worm has successfully invaded the body of a Cod fish, it is able to grow up to around 4 centimetres long. 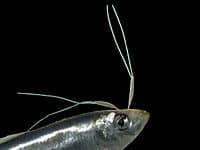 The Lernaeenicus sprattae is a parasite that also goes by the name of eye maggot of sprat. This type of parasite attaches itself on to the body of a sprat fish.

It often carries egg sacs during the invasion. The way the parasite can enter the fish is by clawing its way into its body. The fish’s tissue would often respond to this invasion by showing signs of swelling.

It may also attach on to the gills of the host, disrupting respiratory function. When it gets to a fish’s eyes, it could cause a huge amount of blindness. 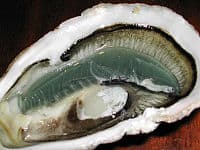 The Haplosporidium nelsoni is a type of ocean parasite that attacks many species of shellfish. The parasite causes a disease called Multinucleated Sphere Unknown (MSX).

The disease affects the oysters population in the ocean. When there are too many of the parasite, the oysters will no longer have their reproductive and feeding to fully function.

The oysters will become weak because of the parasite. So, the oysters will be unable to shut their shells. The Haplosporidium nelsoni has the high potential of killing a large population of oysters in the ocean. 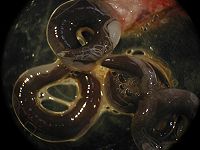 The Vandellia cirrhosa is a parasite that is small in size. The parasite species can only grow up to 5 centimetres long.

Moreover, it goes by the infamous name of Vampire fish. The parasite attacks other species of fish for food.

Vandellia cirrhose would often chase after fish, latch on to the gills and begin to suck a huge amount of its blood. Although the parasite only goes after fish, there have been reports that it may also like to attack humans. 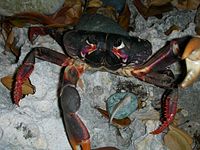 Hematodinium is the name of a parasite found in the ocean that infects many types of crustaceans. Lobsters, crabs and hermit crabs are some of the crustaceans species that the Hematodinium frequently affects.

This parasite can cause a disease called the Bitter Crab disease. The disease alter the meat of the crab species that live in colder waters. The meat of the crab becomes bitter like medicine. Research still can’t explain the cause of this bitterness as the crustaceans in warmer water don’t have the bitter effect from the parasite. 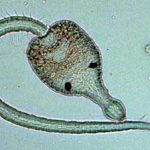 The Ribeiroia ondatrae is a flatworm parasite that usually affect multiple hosts. It usually attack a sea snail first.

Then it would move on to amphibians such as frogs or salamanders. The Ribeiroia ondatrae would often latches on to the limb region of the amphibians because that is the once place it is attracted to.

The last of this parasite would be sea birds, ducks or even badgers. The Ribeiroia ondatrae is a parasite that flourishes in water with too many nutrient.

The Gyrodactylus salaris is a parasite that latches on to the body surface of a fish. It often attacks a huge population of the Atlantic salmon, causing most of them to die.

The parasite is so small that you need a magnifying glass to see it. The Gyrodactylus salaris is a parasite that is able to produce offspring of more parasites.

It often begins to to enter the fish through its mouth. After that, it releases an enzyme that would cause erosion to the salmon’s skin. That causes many salmon to have wounds and infections. 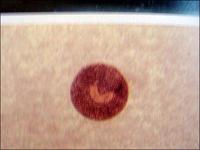 Ichthyophthirius multifiliis is another type of ocean parasite. This small parasite attacks fish and causes a disease called Ich or White Spot disease.

The disease is hard to get rid off the fish. It causes the body of the fish to have tiny white spots, almost the size of a grain of salt. Every single one of those spot is actually a parasite.

The parasite causes damage to the gills, cutting short oxygen supplies that the fish can take in. Ultimately, the disease drives the fish to its death. 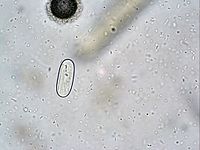 Brooklynella hostilis is also a parasite that attacks healthy fish in the ocean. The parasite goes after the dead skin cells of fish.

It also attacks the gill of the fish. The size of this parasite is quite small, almost a similar size to a kidney bean.

The parasite can spread quickly on the fish. What makes the parasite more dangerous is that it can spread over to other fish that would then be its host. The disease caused by the parasite affect the fish’s breathing ability. 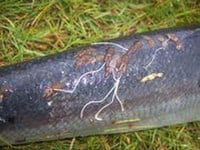 The Accacoelium contortum is another flatworm parasite. It lives in the gills area of the Sunfish in the ocean. The parasite mostly attacks its host from the inside.

It latches on to the tongue, gills and pharynx of the fish. The Accacoelium contortum parasite triggers a high sense of the fish’s immune system.

The heightened immune system would then cause the fish to experience inflammation. It can be quite hard to get rid of the parasite. In fact, the parasite may even become trapped inside the fish’s tissue.

Most of the ocean parasites latch on to other marine species for their hosts. Although there are not a lot verified reports on these parasites to directly attack human, you should still be cautious about the kind of fish that you eat.