Dolphins are often praised as one of the most intelligent mammals out there. Found in oceans around the world, dolphins help to create a healthy marine ecosystem. They are deserve our attention and worth knowing more. Here are 17 Types of Dolphins to get you started. 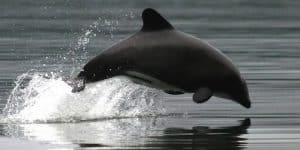 The Chilean dolphin lives in the waters of Chile. It is also usually called as black dolphin or the Chilean name, tonina. The dolphin is relatively small measuring up to 1.7 metres. Its body is thick with small fins and flippers. Moreover, the head of Chilean dolphin is blunt.

The colour of its body is dominantly grey with some parts covered in white. This particular dolphin is very fond of eating small fish and crustaceans. Additionally, the occasionally eat seaweed, sardines and anchovy too.

Read more: Ways to Save the Dolphins 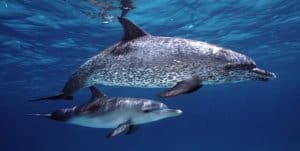 The Atlantic Spotted dolphin is commonly found in the North Atlantic Ocean, specifically the Gulf Stream. It is a quite large creature with the male reaching 2.26 metres in length.

Meanwhile the female can reach 2.29 metres. The body of the Atlantic Spotted dolphin is black that is covered with distinct grey or white spots. This dolphin is known as very fast swimmer. Also, it is very keen on showing off its acrobatic ability. 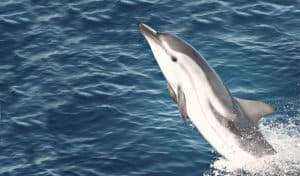 The Striped dolphin lives in most of the world’s oceans where the climate is tropical. The dolphin is able to grow up to 2.4 metres in size. The female can grow bigger than the male, reaching up to 2.6 metres.

The dolphin is easy to recognise as both of its eyes have dark circles which extends all the way back to the flippers. Also its underbody usually has the colour pink, white or blue. This species like to eat fish such as cod, squids, crustaceans and krill.

Read:Endangered Species in the Ocean Biome 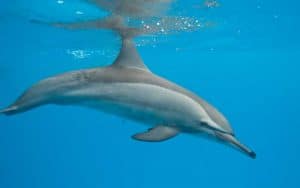 The Spinner dolphin lives in oceans where the water is warm and the climate is tropical. The body of this dolphin species is quite small. It is only able to grow within the range of 1.29 metres and 2.35 metres. There are three colours covering the body of the Spinner dolphin. 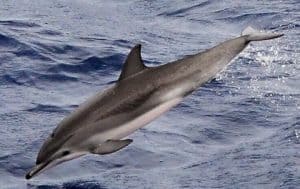 The snout of the Clymene dolphin is far shorter than that of the Spinner dolphin. Clymene dolphin feeds on fish and squids. It is known as quite active and likes to approach small boats. 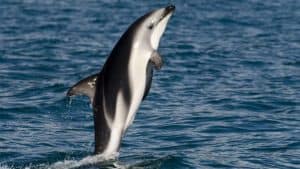 The fin of this dolphin comes in two colours, dark grey or white. Its body is black or dark grey with a streak of white. As for its belly, it is dominantly white. Furthermore, the Dusky dolphin is fond of eating a variety of fish and squids. 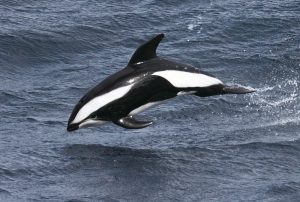 The Hourglass dolphin is a species that can be found in the waters of the Antarctic and the Subantarctic. Its length can reach around 1.8 metres. It is often nicknamed as ‘sea cow’ due to its unique appearance. Its body is covered in 2 colours, black and white. (Find out more: Types of Soil in the Ocean)

Sometimes the black is replaced by dark shades of grey. This species of dolphin has a similar diet to the other kinds of dolphins since they also like to eat small fish, crustaceans and squids. (Also read: Threats to Sea Turtles) 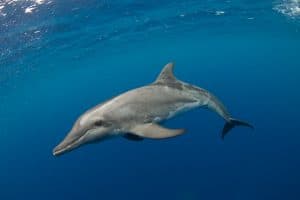 Its body is dominantly light grey while the back part of its body is in darker shade of grey. This particular dolphin eats fish, squids and octopuses. 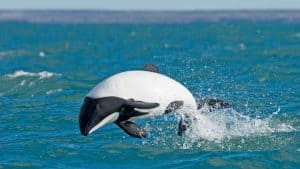 Commerson’s dolphin is found both in the waters of South America and the Indian Ocean. The male can reach 1.5 metres in size. Meanwhile the female dolphin can grow around 1.3 metres. This dolphin’s body is mostly white but the head part is covered in black. (Read: Effects of Coral Reefs Destruction)

Additionally, there is also a black stripe from the fin stretching to the tail. This very fast swimmer dolphin feeds on varying kinds of fish, squids and also crustaceans. (Read more: Types of Jellyfish in The Atlantic Ocean) 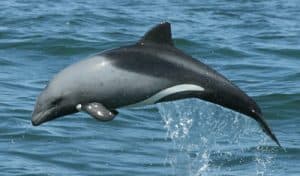 Moreover, this dolphin is known to be highly social since it likes to swim in a group of 10. It is also active and likes to frequently jump out of the water. 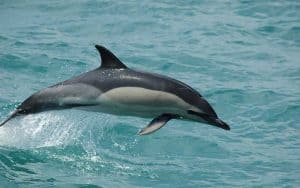 The Common dolphin is found mostly in waters where the temperature is warm. It is medium in size as it is able to grow between 1.9 metres and 2.5 metres. (Read also: Types of Small Ocean Fish)

As for its appearance, the top part of its body is a dark shade of grey with white underbelly. Additionally, on both sides of the body there is a stripe of faint yellow or gold. Similar to the other kinds of dolphins, the Common dolphin feed on a variety of fish and squids. (Also read: Types of Ocean Crabs) 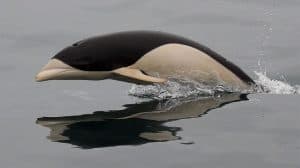 The Souther Right Whale dolphin can be found in the waters of the Southern Hemisphere since it prefers a cool temperature. Its size can range between 1.8 metres and 2.9 metres. The top body part of the Southern Right Whale is black while the underbelly is white.

There is also a blowhole on top of its body. Also, the beak of the Southern Right Whale dolphin is very short. It eats fish, squid and octopuses. It prefers to stay inside water, occasionally coming up to surface for air. (Read: Types of Ocean Bacteria) 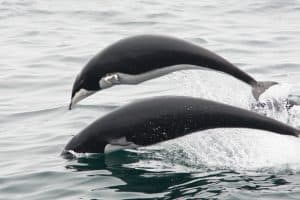 The Northern Right Whale dolphin swims in the deep waters of the North Pacific Ocean. The dolphin can grow to quite a huge size, ranging from 2 metres up to 3 metres. The body is a very smooth line with dominant black. Meanwhile, the underbelly as well as the snout are white in colour. (Also read: Endangered Animals in Coral Reef)

This dolphin’s diet consists of fish and squids. It is often described as active swimmers with fondness of performing acrobatic moves. (Read more: Biggest Fish in Amazon) 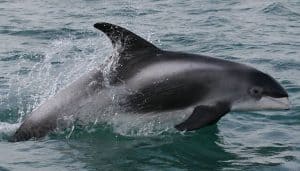 The White-beaked dolphin prefers to live in the cold water of the North Atlantic Ocean. The fully adult dolphin is able to reach the size of 2.3 metres or even 3.1 metres. (Read more: Threats to Ocean Organisms)

Its body is mostly black or dark shade of grey. The underside of the body is white. Moreover, the beak is short and also white. This species loves feeding on herring, cod, various types of crustaceans and squids. The White-beaked dolphin is a social mammal since it is often found to swim in groups. 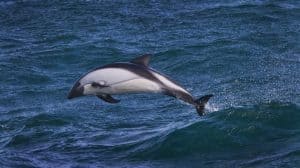 Peale’s Dolphin is often spotted swimming in the waters of the South America. It is medium in size, growing up to 2.1 metres. Its body is covered in the colour of black and white stripes. Its flippers are small in size and quite pointy. (Find more: Plants in the Coral Reef)

This dolphin is known to be a slow swimmer. It swims within its small groups but during the season of Autumn, the group grows larger and able to consist of 100 dolphins. 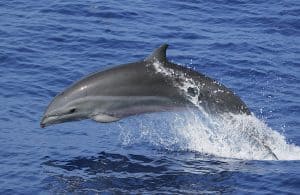 Fraser’s dolphin swims freely in the Pacific, Atlantic and Indian Oceans. Its body can reach 2.75 metres in size. Other than that, it looks quite round. As for its colour, there are 3. The top part of the body is greyish-brown, the middle is creamy yellow and the underbelly is white with a hint of slight pink.

Unlike the other kinds of dolphin, its beak doesn’t stand out. The Fraser’s dolphin feed on fish, squids and shrimps that live in the deeper parts of the water where even light is unable to go through. 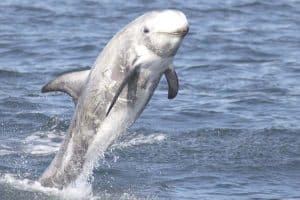 Risso’s dolphin lives in the deep waters where the temperature is warm. It rarely swims close to shores. It is a large species that grow up to 3 metres or even 4 metres. (Read: Water Snails Facts)

The appearance of this dolphin is similar to a submarine. Its head is blunt with a pointy fin. As for its colour, it is dark or light in grey with white underbelly. The Risso’s dolphin feeds on fish and squids. It swims in a large group of 10 or 400 dolphins.

There are many other dolphin species out there. From this list we can see how varying they are. Dolphins come in all sorts of sizes, shapes and distinct features.

20 Threats to Marine Life Must You Know