When we talk about the relief of the surface of the Earth, there are many things that we can discuss. That is because each surface of the planet Earth has unique and different characteristics. The cause of the formation of every relief on the face of the Earth can come from various things. Some are naturally formed with the encouragement of natural factors.

However, there are also some that occur due to artificial factors. Not a few of the several features of the Earth that come from human intervention. Such interference can be either directly or indirectly. The surface of the Earth itself is not a dead surface, but the surface of the Earth basically lives in the sense of always experiencing changes in various forms.

The shape of the Earth’s surface is very diverse and varied. The functions they have are not the same as each other. Some of the surfaces of the Earth do not have a definite function other than its natural existence.

Now, along with the development of the era, there are several reliefs of the Earth that have new forms and functions. Their shape changes then becomes a tourist attraction. There are so many types of surfaces that experience and discover this new function.

If we refer to the coastal understanding of the Indonesian Dictionary, then the beach itself has the meaning of seaside, coastal, land borders with sea or other water masses and parts that can influence the water, the tidal area on the beach between the highest tide and lowest ebb or even sloping. However, if we look at the geographical meaning, the beach is sediment that appears from the lowest water line to the cliff or reaches the permanent vegetation zone. There are so many types of beaches on the face of the Earth if we want to trace them. Some types of beaches can be divided into two main groups, namely:

Beach Types Based On the Establishment Process 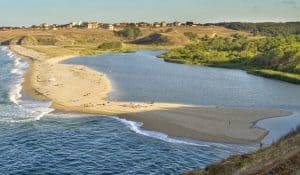 This is a beach that is quite interesting and unique. This is because this type of beach is very closely related to the sedimentation process. The processes and forms of sedimentation that occur are very diverse with characteristics that are different from each other. However, the main characteristic of the spit beach is that one end of the beach is directly connected to the mainland. This can be interpreted that the concentration of sedimentation is very large at the end which is united with the land.

In this case, the sedimentation is usually in the form of beach sand or some type of material that is carried by water currents.

This beach can be said to be quite unique and interesting. This is because the formation of this beach is quite different although the process that causes it is still not much different that is due to sedimentation. On the baymouth beach, the shape of the sediment is hilly.

Then the formation of this beach is quite interesting because it is as if cutting the bay area with the ocean. Of course, with these conditions, it will greatly affect the coastal ecosystem. It will look like a lake as if standing alone.

This beach is formed due to the presence of deposits in the ocean area. The deposits that occur on the tombolo beach are indeed quite different. This is because the deposits that appear are between two separate landmasses.

Beach Types Based On Geographical Forms

As already mentioned, this beach tends to have a sloping shape. If we visit this beach, the surface formation from each end of the beach will be the same without any change. Even so, there is also a number of sloping beach areas that are not fully sloping. But, sometimes there are some requirements that must be considered in mentioning the characteristics of this gentle slope. This type of gentle beach can be found on mangrove beach, delta beach, and estuary beach.

This steep beach has a formation that may be slightly different from other beaches. This is because the steep coast is a coastal area consisting of hills so that we will find very little shoreline. If we do understand about how some coastal plain was formed, it will not be too difficult to understand the condition of steep beaches. If we talk about steep beaches in Indonesia, we can find them in the southern coast of Java, or there are also some that can be found in the area of Bali. 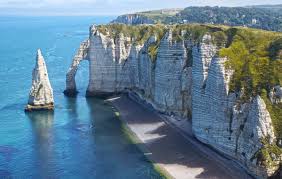 One type of home that we find quite often is a type of cliffs beach. This type of beach is sometimes referred to as the type of Flaise beach. In some cases, sometimes it’s difficult to distinguish this type of beach from steep beaches. However, beach with a swimming pool can be divided into two parts, namely the beach with a steep edge and a beach with a thick hanging. The cause of this beach has several different causes.

One of the main causes of the formation of this beach is the existence of technical precipitates due to abrasion so that at this beach, we can still find some parts that have beaches. However, there are also others who do not have sandy beaches.

This one beach can be said to be one type of beach that will have an ecosystem that is quite unique and interesting. This is because this type of beach will be very closely related to the conditions under the sea itself. A beach is called a coral beach if the area along the beach is composed of many coral reefs. In the coastal area, this one is very much found on Sulawesi, Nusa Tenggara, and Maluku. So, it is not surprising that these areas have a lot of coastal tourism sites with amazing underwater views.

Those are some types of beach with various kinds of forming processes and appearance. Each beach has its own different characteristics and shouldn’t be compared with another. Hopefully, this information will be useful.

13 Effects of Rising Sea Levels Due To Global Warming

Revealing the Secret behind the Beauty of the...