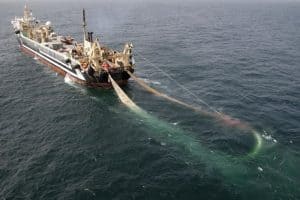 Overfishing is a non-sustainable way of fishing and it is a serious problem that we are currently trying to solve.

Below are 20 Solutions to Stop Overfishing. Continue reading to find out what people can do to save the ocean and its marine creatures.

Increasing the number of protected marine areas will mean less fishing activities within those special areas. The areas could include those with vulnerable reefs, sea floor or other key habitats. Thus, the intensity of overfishing by the fishing industries could gradually reduce. It’s also great news for the fish as they will have more time to reproduce and mature to a healthy number. (Read:   Prevention of Marine Pollution)

Instead of exhausting efforts to fish in the wild ocean, farming fish could serve as a way to avoid overfishing. Many fish are produced through farming these days including bass, arctic char, salmon, trout and even tuna. This is due to how often they are fished which leads to a massive drop in their population. Through regulated and controlled fish farming, we no longer have to drive fish to its extinction. (Find more: Types of Sea Lions)

The big fish here include marine species such as shark, marlin and tuna. These fish have experienced extreme overfishing for many decades because they are famous for their delicious meat or fins. Avoid consuming these fish and go for smaller fish instead. (Read: Major Ocean Basins)

By buying local fish, the request for fish species that might be illegally caught or transported could be lowered. Many illegally caught fish comes from the result of overfishing because people keep asking for it. When people buy more local fish that are known to be abundant in the area where they live, then there would be no need for overfishing elsewhere.(Read:  Types of Sea Snakes)

By following through the regulation of the annual safe catch limits helps to eliminate overfishing. This regulation will help the fishing industries to fish in a sustainable way where they won’t harm the population number of the fish in the ocean. The fishing industries can restraint themselves by always monitoring the allowed amount of fish that can be caught.

8. Know What You Eat

Knowing what fish is okay or not okay to eat can contribute as a solution to the problem of overfishing. Non-profit organisations such as Greenpeace or WWF have compiled a seafood guide for most of the countries in the world. The seafood guide will help consumers in determining the fish species that are safe or not safe to eat depending on the condition of the population number.

Implementing regulation concerning where retailers get their seafood from can discourage overfishing even more. Retailers could be required to supply their seafood from fishing industries where they are certainly sustainable. This in turn will force the fishing industries to be more sustainable because if they won’t then their products will not be accepted into retailers.

Fishing gears have a huge contribution to overfishing. The main gear that most of the fishing industries use now is the trawler. The trawler will drag the nets across the sea floor. The nets contain a lot of fish inside and also other species that might not be meant to be fished. There should be safer alternative gears where they are environmentally friendly and enable sustainable fishing. (Read more: Types of Small Ocean Fish)

Talk to friends and family members about the danger of overfishing. Make them aware of the fish they buy and consume. Encourage them to purchase seafood that are certified to be sustainable or more locally fished. The more people becomes aware of overfishing, the greater chance there is to stop it.

Become a member of a non-profit organisation that is focused on solving the problem of overfishing. It could be a local or international organisation. By joining such organisation, you contribute to the enforcement of a more sustainable fishing industries. This small act can have a positive impact on the way people catch their fish around the world.

Due to high demands from consumers, some people might be encouraged to carry out illegal fishing activities. Each year, there is around 30% of unreported fishing. These illegal activities harm the fish population as they are continuously taken away. This is why the waters should be monitored as to prevent illegal fishing. (Read more: Plants in the Coral Reef)

14. Eat Other Sources of Protein

Eating other sources of protein is a solution to overfishing. Fish is not the only source of protein out there. There is also meat, poultry, dairy, beans, nuts and seeds. By consuming more sources of these proteins then we can reduce the demand for fish. When the demand of fish goes low then the need to fish could be reduced.

Registering the boats that are used by the fishing industries could help in controlling the people who are allowed to fish in the areas. When the people and the fish equipments are controlled, it is easier to maintain a healthy population for the fish. Moreover, this is a way that could also help in preventing illegal fishing. (Find more: Human Impacts on the Great Barrier Reef)

16. Fish According to Seasons

Fishing according to seasons could serve as a solution to overfishing. By knowing what fish is in season, fishermen should strictly fish for those species only. While doing so, other species that are not in season could be avoided. They could have more chances to mature and lay eggs for more young ones. In the long run, a balanced way of fishing could be achieved. (Read also: Types of Abalone)

The fishing industries are mainly blooming in countries that are considered as poor and developing. Therefore, there is a higher chance of overfishing to occur in those countries. Through helping them to have more knowledge and skill about sustainable fishing, overfishing can be avoided.

18. Use Social Media for Awareness

In this modern age, there are numerous social medias that are free for us to use. These social medias can help us to spread information on overfishing. We can make people to be more aware about the danger of overfishing and how it is going to affect the environment in the long run. Other than that, we can also spread knowledge on the efforts and solutions that can be done to help solve this overfishing problem. (Read: Types of Ocean Storms)

19. Go for Fish in the Lower Food Web

Another solution to overfishing is supporting smaller fisheries. This act of support can greatly change how the fishing industries carry out their fishing methods. Both small and large fisheries catch the same amount of fish. What makes them different is the method of catching fish. Bigger fisheries rely more on big ships and big nets to catch a huge amount of fish at once. By supporting smaller fisheries, we can get more local fishermen to get involved in a more sustainable and safe way to fish. There could be no need to use big ship and trawlers that cause most of overfishing problem.

We hope that these solutions can offer insights as to how we can help in reducing the act of overfishing. Overfishing is a serious problem and we must act now before it is too late.