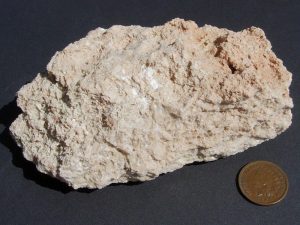 Shallow sea is an area of ​​marine waters that is no more than 200 meters below sea level. Shallow seas have currents that are stronger than the deep sea’s. This is influenced by its location close to the surface. There are many things that cause the magnitude of the current, including sea breeze and large waves that hit the coast.

The amount of energy in the shallow sea results in sedimentary rocks formed in the environment having a rough structure. The shallow sea also allows sunlight to penetrate the sea floor. It is used by marine biota to form a shell frame. Shells of marine animals are rich in carbonate minerals. When the marine animals die, the shells will accumulate and settle in a place so that rocks are formed. 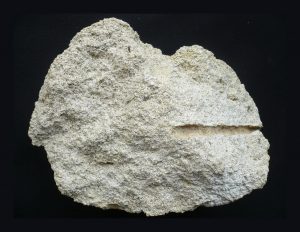 Contrary to the shallow sea, the deep sea is an area of ​​water that is more than 200 meters deep. Weak deep ocean currents only allow to transport fine particles. This results in rocks that settle on the deep sea floor having a smooth structure. In the ocean zone called isocline, the presence of carbonate is as much as it is.

The carbonate is then dissolved so that it cannot form reef rocks in the deep sea. However, the shell of marine biota containing silica will not dissolve and form radio lite rocks. The sudden disturbance in the deep sea zone results in sudden amounts of sedimentation. The type of rock that undergoes deposition is of course a fine structure, such as silt and sand.

Some examples of marine sedimentary rocks that form in deep seas and shallow seas are: 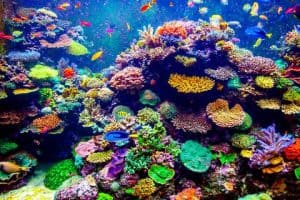 As explained earlier that precipitation that occurs in shallow seas will form rocks. Coral is better known as coral reefs. This stone is composed of calcium carbonate minerals or lime minerals.

Limestone is a place where the coral attaches, which in biology there are live corals and dead corals. What is meant by live coral is a group of animals that can produce lime as the main ingredient in the formation of reefs. Its habitat is in a shallow sea that can be penetrated by sunlight. While a collection of dead corals is called a rock.

Sandstone is an example of sedimentary rock that is found in many coastal ecosystems which are still included in shallow marine environments. Sandstone on the beach is generally gray, white and light brown. This sandstone transport media is usually a wave of sea water and sea breeze. Sandstone has a small grain size, which only ranges from 0.1 – 2 mm only. The minerals that make up the sandstone are quartz, feldspar, basalt, rhyolite, chlorite, and iron ore.

Salt stone is one example of sedimentary rocks formed in the ocean. The deposition area usually occurs around lagoons and bays. This stone is composed of mineral halite (NaCl). The process of forming sedimentary rocks is caused by the evaporation of seawater which contains many positive ions of sodium and negative ions from chloride. Salt stone has a white and brownish white color. Some areas that are commonly found in salt rock are Michigan, Jordan, and Ethiopia.

Natural Appearance due to Deposition of Marine Sedimentary Rocks

Sedimentation of marine sedimentary rocks, especially sandstone in a place will form certain natural features, including:

One of the natural features caused by sandstone sedimentation is tombolo. Tombolo can be defined as a levee formed from sandstone that occurs naturally and becomes a link between land and islands located close to the coast. In general, tombolo is formed in the sea of ​​money having a bay without interference with ocean currents.

Tombolo does occur naturally, although there is a tombolo that is intentionally made to bridge the two islands. The process of formation begins with the presence of large waves originating from the deep sea towards the shallow sea. Sea waves then experience refraction due to the sholing effect. These waves carry the sand to the same place continuously so that a tombolo is formed which adds to the length of the coastline.

Sandbar is a land in the form of sand that juts into the waters of the sea. From this definition it can be seen that charred formed from sandstone that is collected into one form the land. The occurrence of sandbar is caused by the flow of currents in the shallow sea. Sandbar has an elongated shape with a length of hundreds of kilometers, while its thickness can reach six spears. If the tide is high, then the sand can be sunk by sea water. One of the seas in Indonesia that has many sandbanks is the Java Sea in the north of Java.

Those are the beauties of the life underwater. After reading this articles, you can know more about how marine sediment rocks formed and many types of it. Underwater is always success to impress us, isn’t it?