20 Importance of Coral Reefs to Environment 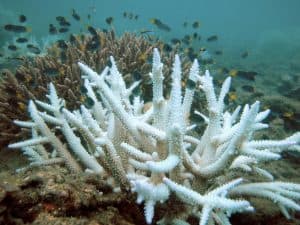 Not only as a shelter and food resources for many living beings but the importance of coral reefs to environment is way broad than that.

Since not so many of you who knows about this, I would like to share you with some information that I have.

1. Habitat for many living beings

In the coral reef ecosystem there is this nitrogen fixation that will help to support the live not only coral reef but also another ocean living being.

You do know that the structure of coral reef is quite hard and has a big size. With its structure that is like that, we can actually get some benefits. The real benefit that we can actually see and get from that is that one of the importance of coral reefs to environment is that it helps us to protect the coastline from such a big waves that may destroy the coastlines.

5. Indicator of a good ocean environment

As I already mentioned to you before through some of the article before that coral reef is actually needing a stable environment where it has a stable condition of all aspects that can support its life. So when you see that there is a certain place is having coral reef and then by the time goes by the coral reef experiencing bleaching or die, it means that the environment is not healthy.

6. Maintaining the condition beneath the ocean

Coral reef also help us to maintain the condition beneath the ocean. You may imagine the ocean condition without the coral reef. It will be empty and seems more dangerous.

7. As a hiding place for some species of marine living beings

There are some animals that live inside the coral reef only to use it as a place to hide during the days and trying to shows up during the night only to catch its prey. These species of animals are usually predators such as shark, eel, and etc.

Have you ever seen finding nemo the movie? In that movie you will see that nemo’s parents were trying to protect their juveniles inside the anemone so that they will be protected from the shark that feed on its juveniles.

10. Fixing the carbon and nitrogen

There are some importance of nitrogen in marine environment. Not only in the marine environment but also for the plants in the land. In the coral reef exist many microbes that has a role to do this carbon fixing and nitrogen cycling  in the ocean.

11. Can help us to discover the climate events in the past

Thanks to our advance technology and education system now we can actually discovered some events that were happened in the past through the coral reef structure. The events might be natural disaster or disease that left a mark in the coral reef.

Another benefits that we can get from coral reef is that it support human’s life because some plants that is living around the coral reef has a great benefits to support health problem.

Taking for example of seaweed, seaweed is used for many things such as in health product and cosmetics product. This has become one of the importance of coral reefs to environment.

A natural ways to solve water pollution is by having coral reef in the ocean. You might know that there are a lot of pollution coming into the ocean such as pollutant from the outside or even the animal corpse. Where these things can actually polluting the ocean’s water and it may brings a harmful effect such as the spread of the disease.

14. Breaking down the pollutants

You do know that coral reef is actually a living being which is an animal. It also has a life period. When the coral reef died, it will form another thing which is sponge that has a hard structure. And by the time goes by this sponge can decayed and form soil.

Waves that is coming from the ocean to the coast may create some problem since it has a strong power to destroy something. Somehow the effect is not only in the land but also beneath the ocean where it can actually destroy the habitat of marine living beings.

When there is nothing can hold or at least decreasing the intensity of this wave power then the sea erosion will happen.

18. Indicator of living being population

Without the coral reef ecosystem, we might never know where is the fish gather. And the fisherman will find difficulties to catch fish and this will surely affect the income of the fisherman. Surely, this will disadvantages those who relies on the ocean as their source of income.

There are so many people that love to go to Indonesia because our country natural destination is still clean and clear. The importance of coral reefs to environment in terms of economy is that it can actually attract many people to come and see the underwater beauty of our oceans. Somehow, when many tourist come to our country this will increase the economy of the country better.

That is all I want to share with you, hopefully this information can be beneficial for you and can increase your awareness towards the ecosystem or environment surround you.

Thank you so much for your willingness to follow and read our articles. Keep following our website since there will be more informative yet interesting article for you to come.

20 Functions Of The Oceans

17 Importance of Thermodynamics in Marine Engineering