Home » earth » Specific Definition on Hydrosphere Phenomenon along with Examples

Specific Definition on Hydrosphere Phenomenon along with Examples

Earth is a place where all kinds of living things live side by side. The Earth consists of various layers that support human needs for survival. One layer of the Earth that rubs directly against our lives is the geosphere. The geosphere has several elements for human survival such as air for breathing, mining materials, drinking water, ground for resting, etc. One element of the geosphere is the hydrosphere. 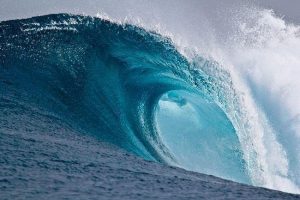 The hydrosphere phenomenon can be an extraordinary natural phenomenon or else it can be a threat to humans if they sacrifice natural balance for their own satisfaction.

The beauty of nature created by the Creator always makes us surprised and amazed. However it could cause a natural phenomena that could cause harm to the living things on Earth. This phenomenon is often associated with magic and beyond human reason. To find out, here are the scientific and logical explanation behind it. We will discuss the phenomenon of hydrosphere that occurs on the Earth:

This one hydrosphere phenomenon occurs in Angelita Cenote which is located in the Caribbean waters of Mexico. Cenote in the Mayan language is defined as a cave, so actually, this river is shaded by a layer of hydrogen sulfide formed from decaying organisms in the cave. The pile forms a wall that limits sea water and fresh water and is named halocline. The halocline phenomenon is a vertical zone in the sea that occurs because of the difference in pressure of the water layer so that the salt level drops dramatically and makes the water tasteless.

The lake which has 3 different colors is located in Indonesia precisely on Lake Kelimutu, East Nusa Tenggara. This lake was formed millions of years ago due to volcanic eruptions. The three waters of the lake can vary with different colors in each lake. Sometimes the colors turn green, blue, black, red, and even white. According to expert,s this color change occurs because of the influence of sunlight and the content of minerals, rocks, and moss that settles in it.

Indonesia is a tropical country that only has 2 seasons. But if you want to see snow in this country, we can climb Mount Jayawijaya in Papua and find snow at its peak precisely at the Carstensz Peak. Because of the high mountain, it also lodged on it. But it is unfortunate at this time that the thickness of snow is getting thinner due to climate change and global warming. The warmer air temperature causes the snow above to melt little by little.

This natural phenomenon occurs in Brazil precisely in the city of Manaus. There are two rivers that cross the city, namely the Amazon River and the Rio Negro River. When the river water meets, a very clear boundary is seen because the Amazon River water is brown and the other river is black. According to experts, this phenomenon occurs because of differences in the density, speed, and temperature of the water of the two rivers. No doubt the tourists flock to visit the city of Manaus to see the natural wonders. 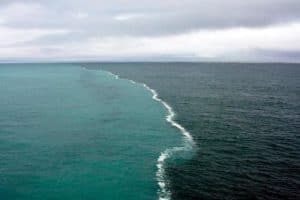 The Strait of Gibraltar is a strait that limits the Continent of Africa and Europe. In this strait, there is a meeting of two seas namely the Mediterranean and the Atlantic Ocean. The second meeting of the flow does not cause water to be mixed but both are clearly separated according to their respective origins. Mediterranean water is dark blue and water from the Atlantic Ocean is bright blue. If you pay close attention to the meeting of the two currents, they create an impenetrable bulkhead to a depth of 1,000 meters.

This phenomenon occurs because of differences in the density of ocean currents that move and tend to maintain their original state. In addition, the surface tension of each water creates the illusion that there is a partition separating the two so that the seawater is not mixed.

Boiling Lake is a lake located in Morne Trois Pitons Dominican National Park. From afar, we can see the lake surrounded by smoke like boiling water on the stove. The lake is formed due to volcanic activity that indeed surrounds the lake. Boiling lake water surface is estimated due to the flow of magma at the bottom of the lake which is still very active and strong. The temperature around the lake ranges from 80 to 90 degrees Celsius. Even so, this lake is still open to the public and can be an attractive tourist destination when visiting Dominica.

Climate change and natural phenomena on the face of the Earth often cause disaster for humans. Irresponsible human behavior are the reason behind damages on the ecosystems then this will result to natural disasters. Here we discuss the examples of hydrosphere phenomena that can harm and threaten human life.

Abrasion is the erosion of coastal areas due to rising sea levels. Abrasion can occur due to natural factors and human activities. Natural factors causing abrasion are waves, ocean currents, and vegetation along the coast while human activities that trigger abrasion such as destruction of coral reefs, mangrove trees, and utilize coastal land as a settlement and damage the surrounding ecosystem.

Water contaminated by people’s waste has a bad effect on humans. The wastewater from factory effluents which are channeled carelessly to the river will make the river dirty and dangerous. Recently there was news from the West Bandung area where Citarum river water has red and green colors due to waste. This river flow smells bad and makes the head dizzy when inhaling it. If allowed further pollution of the river, water will make the source of clean water become increasingly depleted and lost.

Flash floods usually occur due to human activities which cut trees carelessly and rainfall is very high. Flash floods hit areas withthe low surface due to very heavy water flow so that they cannot be absorbed by the soil. Recently, a flash flood occurred in the center of Bandung and dragged anything in front of it even though the area had never been hit by the previous flooding. After being investigated, floods occurred due to dense forests in the North Bandung area that had been filled with concrete. The unbearable rain water finally drops down and makes a big flood in the vital point of the city.

Drought occurs because the water supply is running low and lasts for a long time. The long dry season results in evaporation so that ground water evaporates and water reserves thin out. In the drought, residents’ wells became dry and it was difficult to find clean water for their daily needs. To prevent drought every dry season requires massive water supply efforts, for example, by building dams, reservoirs, and watershed management so that problems can be overcome.

Storm waves can be very threatening and dangerous. This phenomenon occurs because of hurricanes that make the sea surface turbulent and crash into the land. It is very dangerous for ships to cross the ocean which is being hit by hurricanes. In January 2018, a devastating storm hit the eastern coast of the United States and was dubbed the cyclone bomb. This phenomenon resulted in Niagara Falls on the American and Canadian borders froze. The extreme weather resulted in cold waves and snow storms that killed many people.

Sea level can cause flooding for residents living around the coast. This phenomenon occurs due to several factors such as the melting of polar glaciers and the expansion of sea water due to hot temperatures. Reporting from National Geographic, sea level rise is expected to reach 28 – 98 cm in 2,100. If all the ice sheets melt in Greenland, sea water will rise to 7 meters and can immerse the city of London. 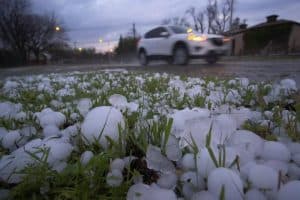 Hail occurs due to abnormal presifitivity. Water vapor that forms clouds does not decompose completely so that rain falls in the form of ice grains. In tropical countries, hail can occur due to differences in temperature that are too large and high humidity. Usually, the duration of hail is very short and does not cause harm. But hail can have a bad impact if you go down on the farm land owned by residents or damage your roof. Hail is acidic which can damage plants so the plants dry and die.

This impact was felt in Puncak Regency, Papua in 2015. Extreme weather caused hail to fall on the fields of the inhabitants and to make the potato fields fail to harvest, difficult access to residential areas, threatened thousands of people to starve because of the lost food source.

Keep in mind that the causes of natural disasters from the phenomenon of hydrosphere are contributed by human behavior as well. We must preserve nature and always be alert to disasters that might occur unexpectedly.

Marine Biota Along With the Definition, Benefits and Images