7 Functions of Coral Reef Ecosystems for Humans and Marine Biota

Coral reefs are limestone sediments in the ocean zone, which are made of living corals and dead corals that attach to each other. Meanwhile, coral is a type of coral which is a collection of animals from the Order Scleractinia that produce calcium carbonate as the main reef forming.

Coral reef ecosystems are generally found in shallow, warm and clean seas so that this ecosystem has a lot of high biodiversity. This coral reef ecosystem also grows in areas near the coast that have tropical ecosystems such as in Indonesia with temperatures around 210 to 300˚C. For example on the east coast of Africa, the south coast of India, the Red Sea, off the northeast and northwestern coast of Australia to Polynesia , the beaches of Florida, the Caribbean and Brazil. The largest coral reef in the world is the Great Barrier Reef which is located off the east coast of Australia with a length of about 2,000 km.

Based on the type, coral reefs are divided into two, namely: 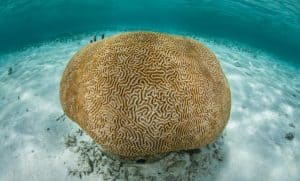 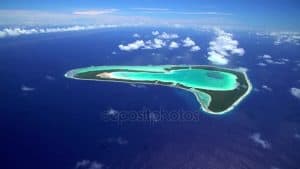 This soft coral reef does not form corals. Examples of soft coral reefs are like sea fingers and sea whips. Soft coral reefs consist of three types. The first is fringing reef, which is the type of reef that grows along the coast, on the continental shelf.

In living coral reefs there are various types of small biota and plankton which are food from larger fish that live around reefs and seabirds whose food sources are around coral reef ecosystems.

Coral reefs provide protection for animals that live in it such as sponges, small fish, jellyfish, starfish, shrimp, sea horses, and others. In addition, coral reefs can also protect coastal benefits from abrasion and erosion due to ocean waves.

Coral reefs are habitat and shelter that are good for 25% of the biota in the sea. Because in it, there are food sources and provide protection for the biota that live in them.

Coral reefs can be a big wave barrier that comes to coastal areas. With the presence of coral reefs, large waves become smaller or completely blocked so that people can settle in the area around the coast.

The beauty that exists in this coral reef ecosystem coupled with beautiful biota around it can be used as a marine tourism object which is currently quite admired by local and foreign tourists. And this of course will increase the regional economic value.

In the coral reef, there are many chemicals that can be used as medicine for humans.

On corals that are quite hard like rock corals, they can be used as industrial raw materials and can also be used as jewelry or high-value accessories.

Damage to Coral Reefs and Its Factors

In recent years, many coral reefs have been damaged not only in Indonesia, but also in 93 other countries. Until now there have been around 35 million hectares of damaged coral reefs. This damage generally occurs because of rising sea water temperatures, ultraviolet light that irradiates coral reefs excessively and changes in environmental functions for other humans, causing the loss of symbiotic algae cells, namely zooxanthella which is a tissue dye and provider of basic nutrients on coral reefs. If zooxanthella does not exist, then the coral reef will die.

Factors that can damage coral reefs include:

Efforts that can be made in the preservation of coral reefs include:

Those are the beneficial functions of coral reef for us and marine biota as well. Besides coral reef makes the marine world becomes aesthetic, it’s better if human could care more about marine life.