There are many things that can cause coastal pollution. These causes we are about to learn happen because of natural factors and also factors in human activity. Below are some of the causes of coastal pollution that have occurred in Indonesia. 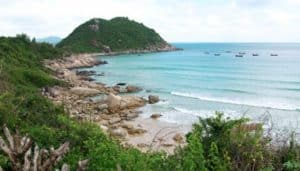 Abrasion, also known as coastal erosion, is the process of shoreline regression from its previous position. This abrasion is caused by natural factors such as wind blowing over the sea which produces strong waves like ocean waves. Large ocean waves that occur continuously can accelerate the abrasion process. Other than reducing sea distance from the land which results to coastal areas becoming narrow, abrasion also displaces coastal fish gatherings, making it difficult for fishermen to fish by the sea.

Coastal communities have a bad habit of cutting down mangrove forests to be used as aquaculture. In addition, timber from mangrove trees is also sold and used as building foundations. These activities greatly disrupt regeneration and inhibit the succession process of mangrove forests. It causes abrasion and loss of some island ecosystems. 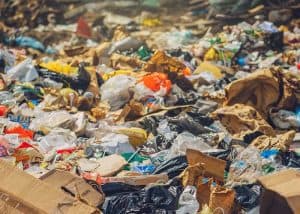 Areas with high levels of pollution are densely populated coastal areas. One source of pollution in coastal ecosystems is pollution of household waste, especially inorganic waste such as plastic bottles and cans which are very difficult to decompose. For example, it takes about 450 years to break one plastic bottle. Chemicals that each component contained could cause a severe effect on the environment. This certainly makes the sustainability of the coastal ecosystem increasingly threatened. We can’t say that organic waste is safer than inorganic or in reverse. Instead, let’s take care of the environment starting from ourselves.

Forms of coastal exploitation include sand mining, coral reef mining, and over-exploitation of fish. Many fishermen use fishing equipment that is not environmentally friendly to get abundant fish catches.

This certainly damages coral reef habitat. The scarcity of coral reefs and the paucity of sea sand cause increased depth of shallow water so that ocean waves cannot be muted, and instead, get to the beach with considerable energy.

Sea level rise that is not planned well can cause coastal areas around reclamation prone to sinking. In addition, sea water can rise to land so that ground water is contaminated and becomes salty. This is very detrimental to coastal communities, especially for those who grow crops.

Impacts That Occur Due to Beach Pollution 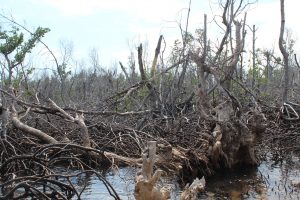 According to the Mangrove Information Center (MIC), the main cause of pollution of mangrove forests is the lack of understanding of the benefits of trees from the tidal area. This misunderstanding also occurs in coral reef ecosystems.

Pollution of many coral reefs is caused by destructive fishing activities such as the use of explosives and toxic materials. In addition, coral mining activities, coastal reclamation, irresponsible tourism activities, and sedimentation due to increased erosion also contribute to exacerbating coral reef habitat.

Pollution does not only damage or kill the biotic components of the waters, but it can also endanger health or even threaten the lives of humans who use polluted biota or waters. In addition, pollution can also reduce the beauty of marine and coastal waters affected by pollution.

So far, there are four water locations that experience cases of death of biological resources such as fish and green turtles. The main causes of these deaths are pollution, over-exploitation, and rising sea surface temperatures.

To prevent coastal pollution, the following activities can be carried out:

Those are the coastal pollution that is happening in our Earth. After reading this article, hopefully all of you can help to prevent this from going more severe.

10 Marine Natural Resources and Their Benefits For Us

Process of the Occurrence of Waves People Should Be Aware Of