17 Animals in The Great Barrier Reef

The Great Barrier Reef became a home to many animal. Starts from the smallest animal to the biggest animal. No wonder that this place has an amazing diversity since it has become the largest coral reef system in the world. Even though it is a reef ecosystem doesn’t mean that there are only fish and clam that live in there but there are also another animal that lives there. And I’d like to share you with about the animals in The Great Barrier Reef. 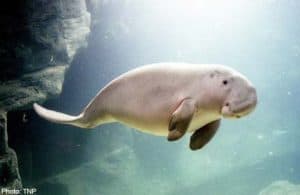 Dugong loves to be around the sea grass throughout the tropical water just like in the Indo – Pacific region. Then, mostly you can find dugong in the Australia, and this is why The Great Barrier Reef is supporting the dugong habitat and become a protected area because this marine mammal is classified as endangered animal.

Dugong is a great swimmer in the sea but they cannot hold their breathe as long as dolphin and whales. Besides that, dugong also has a long life span that could reach the number of 70 but most of them die in the younger age. 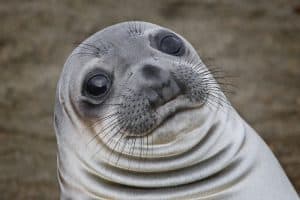 Even though the number of seal found in Australia is small, this doesn’t mean that the government ignore them. There are about 10 species of seal in Australia that you can find. And some of them are the fur seal, sea lion seal, and elephant seal.

Due to the high number of harvesting in the 18th and 19th century, the Australian Government is trying to protect the seal population and The Great Barrier Reef is become and important place for the seal.

Shark also became an animal in The Great Barrier Reef. The shark species that you can find here are whale shark, epaulette shark, hammerhead shark, and many more. Meanwhile, Shark is known as top predator and hunter in ocean ecosystems.

However, if you want to see them in The Great Barrier Reef you have to obey the rules and regulation there including not to touch the shark. This action is done to protect both the shark and human.

When you go to The Great Barrier Reef you can find about 35 species of rays. Many rays like to bury their self in the sand just like the eagle rays and blue spotted lagoon rays.

On the other hand there is also a manta ray that can grow up to 7.6 m and it also loves to stay in the ground. Ray it self is a flat fish that related to shark. It uses its tail as a defense system when it feels threatened.

Moreover, Ray also contains a deadly toxic that can cause a human die. This kind of animal also known has clever protection for itself. It can camouflage itself in the water to hide after their enemy or sea predator.

Up to now there are about 17 species of seabird that choosing the Raine Island as a place for them to breed. And it takes two months long for the new baby born seabird to fly.

Shorebird of The Great Barrier Reef lives in the southern part of the place which is the Lady Elliot and Lady Musgrave Island. And there are about 80 species of shorebird there and the highest number of them can be found during the summer when they don’t breed. Meanwhile, types of shorebird are difference based on beak.

Then, beak of shorebird lead the differs of their habitats and also food-chains. Many species of shorebirds are very sensitive if their beak touched. Therefore, there are large contrast in term of habitats.

If you’re lucky you can find the existence of estuarine crocodile in the beach and offshore along The Great Barrier Reef. This type of crocodile is big because they can reach its weight up to 300 kg with their body size up to 4 m long.

Their skin color mostly black, grey, and or olive brown with some dark mottling. With this you can realize their existence by the time you see them. In addition, the female crocodile can breed up to 20 to 80 eggs once their enter spawn time.

You can find the giant clam as the animals in The Great Barrier Reef. The clam is named giant because of its weight that could reach 200 kg with 100 years of life span. There is also a myth about the clam that the clam can trap and devour a passing diver.

Meanwhile, Clam is known as the main producer of pure pearl in the world. Then, they also have mirror-symmetry shaped of shell. Its composed by Calcium.

The Great Barrier Reef also became a home for two deadliest box jellyfish in the world. Besides the box jellyfish there is also a cairn jellyfish. You are allowed to dive and see this beautiful marine creature but you have to remember to follow the rules and instruction given by the dive instructor.

See also: List of Marine Invertebrates – Types of Jellyfish in The Atlantic Ocean

Octopus also exist in The Great Barrier Reef. It likes to stay in the sea floor and change its color to camouflage. The camouflage done by the octopus can help them to catch their prey easier and also help them to be avoided from the predators. There is one unique species that you can find here which is the mimic octopus. This species of octopus can also impersonate another animal.

Sponge is easy to be found everywhere. They live in the depth of less an 100 m beneath the sea. But, there are also some species that live deeper such as demosponges and glass sponges that live about more than 8000 m depth. Because it can be found everywhere, you can also find sponge in The Great Barrier Reef. And about 30% of Australia’s sponge is found in The Great Barrier Reef. 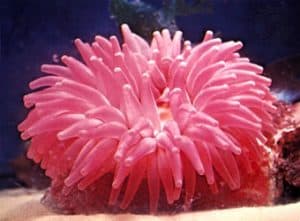 There are more than 1000 species of anemone in the world and 40% of them exist in The Great Barrier Reef. Because they have so many species you can find the sea anemone from the swallow to the deep ocean.

The anemone also became a home for the clown fish and they also create a symbiotic relationship.

There are about 1625 bony fish in The Great Barrier Reef. Some of them are parrotfish, coral trout, clown fish, and surgeon fish. They come from 13 different family and they also have so many beautiful color.

Many of them live solitary and in a large group. They also have a symbiotic relationship with the coral.

There are about 14 species of sea snakes from 60 species sea snakes in the world that you can find in The Great Barrier Reef such as, the large olive sea snake. It can spends its time in the sea floor up to 2 hours long.  The sea snakes are venomous but they are more reluctant to bite compare to the snake in the land. It will only become sensitive during the breeding time.

Moreover, one thing that is interesting from the sea turtle is that it won’t eat during the mating period. The sea turtles also can live up to 100 years.

This friendly marine mammals also occur in The Great Barrier Reef. The species that usually occur is the spinner dolphin, bottlenose dolphin. In the last 15 years, this place can protect the dolphin and makes the dolphins safe to breed.

Minke whale and humpback whale are two from many species of whale that live in The Great Barrier Reef. Whale it self is a marine mammals that live in the sea, and they usually appear in the sea water surface to breath. The humpback whale it self is under protection of the Australian Government and taking a place of protection in The Great Barrier Reef.

Finally, this is the end of the animals in The Great Barrier Reef article. Hopefully today’s article can help you to know more about the animal that lives there. And thank you for the time spend to read this article and your consideration toward the animal.